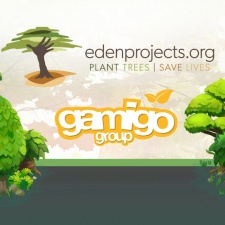 Gamigo Group has revealed that it has planted over 110,000 trees as part of its continued partnership with Eden Reforestation Project.

In September 2021 the firm announced that its partnership with Eden Reforestation Project would be in place permanently and allows players to support the campaign through the Gamigo charity website.

Through the charity website users can purchase packages from a range of the company’s games, including Rift, Trove, Desert Operations, and more. The packages provide players with in-game rewards and the proceeds are put towards the tree planting initiative.

Between September and December 2021, the funds were raised from the Gamingo community to plant the 110,000 trees. Gamigo has stated that it also engages in other sustainability initiatives, including carbon neutrality across its whole group.

Other mobile game firms to announce environmental initiatives include Pixel Federation, which joined the Playing for the Planet Alliance, and Rovio, which partnered with Popeye and SeaCleaners to remove plastic from the planet’s oceans.

Last month, Gamigo announced that it had launched a new department to increase its activity within the games publishing sector and as an opportunity to enter new international markets.

Ubisoft to educate players on environmental matters through in-game activities