Nine month performance increase of 78.3% to over $1.2 billion 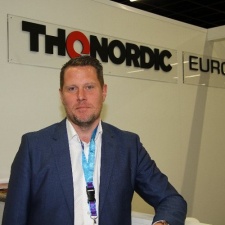 During its Q3 period, Embracer made eight acquisitions, including its $3.1 billion purchase of French board game publisher Asmodee Group. As a result, the firm’s total headcount increased 66 per cent to 9,524, with organic growth accounting increasing by 16 per cent.

Embracer’s games operations saw 19 per cent organic growth, which it attributed to an increase in its mobile operations, particularly due to the "strong performance" of Easybrain and DECA Games which saw a 34 per cent increase reaching 292 million MAUs and 34 million DAUs.

For the nine month period this brings Embracer’s net sales to SEK 11,808.2 million (approximately $1.26 billion), an increase of 78.3 per cent over the same period from the year prior.

Throughout 2021, Embracer made a total of 30 acquisitions which brought the number of studios under its belt to over 100, including over 500 IPs and brands. The firm confirmed that it plans to continue its rapid expansion throughout 2022, with a similar number of acquisitions projected.

Embracer co-founder and group CEO Lars Wingefors has stated that the firm has the "ambition to be ready" for listing on the Nasdaq Stockholm Main Market by the end of 2022, which is earlier than it previously expected.

Embracer is looking to spend $2 billion on another 20 deals