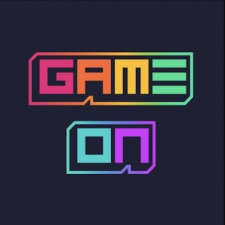 Amazon will be shutting down its mobile games capture app GameOn after less than two years of service.

First launched in 2020, GameOn allowed users to share mobile games clips up to five minutes in length, as well as join challenges and connect with other mobile players.

After initially launching on Google Play and the Amazon Appstore for Android devices, GameOn later came to the App Store for iOS devices. According to data.ai, the GameOn app has not recieved any updates since September 2021.

GameOn will be taken offline on June 18 2022 and all content will be removed from the platform. However, users can still download their uploaded content before the app is taken down.

The service closure is likely a result of low users, with many turning to other established video sharing apps, such as TikTok, to share mobile game clips.

Despite the closure of the app Amazon is not moving away from mobile gaming. The firm has recently ramped up its mobile games offerings with the launch of cloud gaming subscription Luna in the US to bring console-quality games to iOS and Android.

The firm has also recently appointed former World of Warcraft developer Kurt Sparkuhl as its lead games designer for mobile to work on an unannounced mobile game.