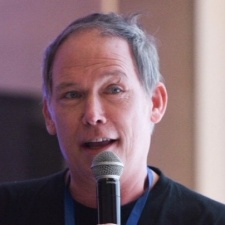 The blockchain and Web3 company Reality Gaming Group has rebranded to Reality+ in a move to enhance brand engagement with fans.

As Reality Gaming Group, the company has already been in the blockchain and gaming spaces for some time – developing games like Doctor Who: Worlds Apart and Thunderbirds: International Rescue Club for UK media giants the BBC and ITV Studios.

Having in-house development studios in the UK and Denmark, Reality+ is now looking to deliver blockchain strategies with global brands using a full-service Web3 platform. Its "side-chain" of the Ethereum mainnet is said to mean "substantial reductions" in the energy used for NFT production and trade.

Coinify CEO Mark Hojgaard and COO Hans Henrik have been appointed to the board at Reality+, in addition to Katherine Taylor-Jones’ appointment as Reality+ CFO with her specialty in high-growth companies in tech.

"We’re happy to announce that Reality Gaming Group has rebranded to Reality+. This isn’t just a name change and new corporate colours. Reality+ represents a big step towards our plans for a connected future," Reality+ co-founder and CEO Morten Rongaard said.

Fellow Reality+ co-founder Tony Pearce commented: "We believe that through demonstrating utility, quality, and variety in our projects and partnerships, we can build a more equal and democratic digital economy for everyone.

"From introducing Doctor Who to the potential of digital ownership to launching a brand-new Web 3.0 Thunderbirds project to a whole new generation of fans, we’re helping worldwide brands find their voice in our new, connected world."

The free cloud gaming platform Piepacker also rebranded last month, changing its name to Jam.gg with the addition of public gaming rooms and a move to mobile, and Manticore recently opened up its Core platform for NFT projects, coming soon to iOS.