Will a browser service that can reportedly run any mobile game or app disrupt the walled gardens of the App Store and Google Play? 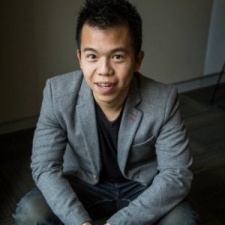 Canadian company Parallelz has raised $3 million for its tech, which enables mobile games and apps to be run through a browser with no need for download and no loss in performance. The funding, raised from industry leaders and venture investors, will help accelerate platform development and grow the team, as reported by Venturebeat.

“We have had a suboptimal way of doing distribution. With the App Store, there is only one place you can get stuff. It’s so inefficient. There is a discoverability challenge,” said Parallelz CEO Albert Lai. “What we’re really doing is we’re creating an opportunity for radically more efficient shareability and radically better eCPI.

“The interesting thing about CPI and things in ad tech design is that, as you scale, it has inverse economies of scale. The more users you want to get, and the faster you want to get it, the more costly each install becomes. The complete opposite is true of virality.”

Bypassing the 30 per cent tax

Lai hopes that the platform means that developers won’t have to pay a 30 per cent tax to Apple or Google for app store fees, as well as allowing them to save money on user acquisition.

“When I heard about Parallelz, I didn’t believe it was possible until I saw it. Parallelz enables new and radically powerful opportunities to drive virality and growth – that is a game changer,” said Ed Baker, founder and CEO of AnyQuestion, which invested in Parallelz.

The pre-seed round was led by Maple VC, with general partner Andre Charoo stating that mobile apps were becoming “an increasingly difficult and inefficient channel” for marketers and brands, citing issues such as app fatigue and rising user acquisition costs.