The announcement comes due to economic downturn 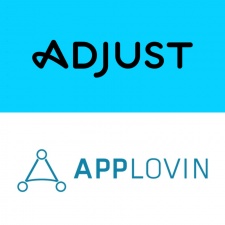 Adjacent to Niantic and Unity announcements within the last 24 hours, Applovin and subsidiary Adjust have laid off 12 per cent of their combined staff, as reported by AdExchanger.

As of yet, it is unclear where the layoffs have been directed.

“Taking this proactive step – not unusual given the current macroeconomic climate – allows us to optimise our resources so we can continue to focus on innovation and increasing shareholder value,” an Adjust spokesperson said, calling the layoffs “a difficult and prudent decision”.

One factor affecting the mobile industry is the platform privacy changes, with Apple’s ATT framework being a dominating and seismic cause of disruption, and the upcoming Android Privacy Sandbox.

Speaking to AdExchanger, Alex Bauer, head of product and market strategy at Branch, stated: “Almost everyone agrees that the status quo is beginning to fall apart [...] To survive in this new reality, companies involved in the world of mobile measurement need to push beyond their traditional role of ‘ad campaign bean counters.”