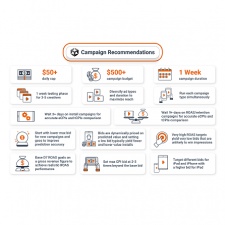 In 2022 thus far, Consumer Acquisition has reported that mobile in-app purchase revenue has grown globally across Unity games by 32 per cent. In terms of rewarded video ads, 62 per cent of players were found to engage daily.

Unity’s ad revenue has grown by three times this year in the Americas, with 3.4 billion people using Unity every month and a 50 per cent growth in playerbase, maintaining the spike seen during the pandemic.

Of mobile game devs in the free-to-play space, the report found that 94 per cent use ads in their games. It also found that 77 per cent of users are willing to watch an advert if the reward is a retailer discount.

The report comes following the recent announcement of a Unity and ironSource merger.

"The games industry is the largest and most engaged audience of any form of media today, with more than four billion monthly active users that we expect will continue to grow in scale and engagement," said Unity president, CEO and executive chairman John Riccitiello.

"Less than three per cent of players pay for their games. So an ad-supported model that is based on performance outcomes, will always be a major part of the business model for game developers and there remains substantial opportunity for increased ad exposure in gaming."

Last month, Unity laid off four per cent of its workforce following "resourcing levels against our company priorities", although in a passionate interview with PocketGamer.biz, Riccitiello stated that around half of the personnel laid off were reallocated to different divisions, "so as far as quote-unquote layoff stories go, we're not much of one".

Riccitiello also made a recent apology for his fiery comment towards certain game developers.