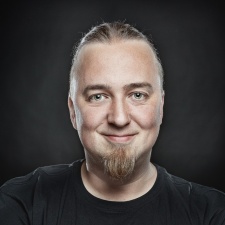 Christopher Kassulke, CEO of Handy Games who is part of the THQ Nordic family and Embracer Group recently spoke with GamesBeat about the evolution of the games industry touching on the topic of NFTs and the metaverse.

Speaking on NFTs Kassulke made it apparent that they are not something the team at Handy Games is interested in or has a focus on, stating that they do not see the value in them for the consumer “If someone can show me one good example where it brings value to the consumer, and not just by telling you, you can sell it for more money in the future – that’s just a Ponzi scheme. That’s not what we want to do. We want to develop great games. We want to tell stories with our games.”

Expanding on the idea of NFTs the conservation turned to the fact that part of the idea behind an NFT is being able to identify who created something and who owns the digital rights to it. Kassulke commented on this saying “If you can copy it again and sell it again? That’s my problem that I have there. Everyone can make whatever nice apps or whatever out there. Where’s the uniqueness?”

Moving on to discussing the idea of a metaverse Kassulke commented that although it feels like everyone is currently hunting the metaverse and there are many investments being made in that pursuit, it does not yet feel as though there truly is one.

“A lot of people are saying, “This is the metaverse.” No. We have games where we say, “This can grow into a metaverse if it has enough users behind it.” Kassulke continued by saying “Is there a Minecraft or Roblox or whatever that can evolve into that? Maybe. But will it be something evolving where one company holds it? I doubt that. It’s dangerous. Specific markets around the globe aren’t allowing Facebook or allowing Google. If you want to have a real metaverse you need to be in every country around the world. That’s not what I see at the moment.”

Kassulke went on to say that whilst many are looking to the world of NFTs, Handy Games' outlook is on telling stories and a premium games focus. “Currently what we see is that the users like the premium model again, even in the mobile game space, thanks to guys like Netflix and some other guys who are doing subscription services again.”

Everyone that joins the games industry, they love games. It’s a passion. I don’t see the passion around NFTs for myself

Handy Games' recent release Endling was mentioned with Kassulke stating that it is the type of game that can emotionally move the player, which is something an NFT is not able to do “NFTs are about business. When I see what happened in the Philippines, people going bankrupt now because they were told they could be rich if they could invest in games – they spent real money to buy their way into a game, because they hoped it could get bigger later on. I’m not sure if we need that. It will hurt the whole game industry.”

Kassulke also spoke on how things are going working with Embracer and the fact they have so many studios saying “They can produce their games, what they think makes most sense for their studios. I like the freedom we have there. I’m not afraid that someone is also developing a similar game. It’s the same family. If you go through the halls, it’s quite interesting to see everything that now belongs to the Embracer Group, but I’m not afraid of, whatever, Coffee Stain. We can learn from each other. They’re doing stuff differently. I’m not afraid at all.”

When asked which games are most successful for Handy Games, Kassulke said Townsmen is still one of their biggest IPs and they have seen recent successes with titles like Endling – Extinction is forever and Chicken Police. Kassulke also spoke on the state of the industry in Germany saying “We see a lot of new fundings. The German industry is getting a lot of support now from the German government. We didn’t receive anything for quite a long time. Now we have it. And now we need to prove from the industry side that the money they invested into these companies is being translated into good games, and good games are translating into good sales. That’s the next step.”

Handy Games currently have more than 100 people working in its studios and looks to be creating more story-driven titles in the future. Embracer group made our top 50 game makers list this year.

5 top tips for a great indie strategy from Christopher Kassulke