Want to see your hypercasual game hit the charts? Here are three lessons that could set your game on the right path 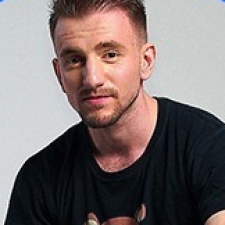 TapNation's vice president of publishing Florian Jauffrineau took to the company blog to post about lessons learned when publishing a number one game.

Hypercasual games saw a boom during the pandemic and whilst the market is still doing well it does pose a challenge for developers as it has become an extremely competitive market. We are still seeing the release of many hypercasual games but they seem to frequently be replaced by something else rather than enjoying an extended stay at the top of the charts.

The first game Jauffrineau spoke on is Giant Rush which started as a classic runner game where you pick up objects. The original version of the title was quite simplistic but later the team worked on polishing the overall experience and adding new features which resulted in positive growth for the game.

Jauffrineau stated that the lesson learned from this title is the importance of quality and attention to detail “The game went on to stay on the top 10 charts for 2 months and is now totalling 150M+ DLs worldwide. I strongly believe what made the game so popular was all the effort we put into each and every section of the game, not only during testing but also after publishing it. Because yes, to this day, we are still supporting Giant Rush with new updates regularly.”

Jauffrineau went on to speak about another title, Figurine Art, where players paint miniature figures saying that “The lesson I took from Figurine Art isn’t an original one, but it’s one that is easily forgotten, even though it might be the most important one: Analyze your competitors and take their learnings.” Jauffrineau noted that by taking on the lessons of others it's possible to save precious time and create a possible shortcut to creating a hit game.

The final game Jauffrineau mentioned is Monster Squad Rush which is the studio's biggest release this year. With this game the team made sure to utilise the first two lessons, attention to detail and analysing competitors. Jauffrineau then spoke on the third lesson “Lesson 3 is my personal favourite and what I enjoy most in this job: Ideation is everything. We take this very seriously at TapNation. Ever since the start of the company, every Wednesday afternoon, it’s game storming time. Anyone from the company is welcome to join this brainstorming session where people pitch their game ideas, and we grade them.”

Jauffrineau commented on the results of these sessions saying that internal ideas yield CPIs that are 60% lower than CPIs from external ones and that 70% of the TapNations hit games are based on internal ideas, such as Monster Squad.

The blog post was finished with one final tip which is managing expectations is important. Not all games will hit that number one spot but a game can still be a profitable success regardless.

We recently covered the hypercasual games market and where its future could be heading.