Amy Huang, CEO of Mattel163 on fostering diversity in mobile esports "Every innovation starts with inclusion."

How casual esports can drive inclusivity in competitive mobile gaming 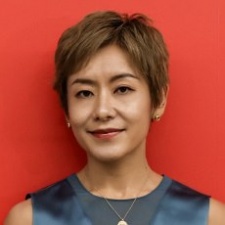 Esports is a rapidly expanding form of entertainment, having grown massively during the pandemic and is poised to maintain its dominance. However, esports is still evolving, and many competitions require viewers to have an in-depth knowledge of the game to fully get involved.

In this guest post, Mattel163 CEO Amy Huang discusses her experience with founding UNO! Mobile Wildcard Series: All-Stars, and how casual gaming can offer a new opportunity in the esports space, and increase the profile of female esports stars.

Nearly five years ago, we founded Mattel163 with the intention of bringing Mattel’s world-renowned IPs to a new generation in digital format. For me, the mobile game market is very exciting, because it changes so rapidly, led by constant innovation and breakthroughs from industry peers. We launched UNO! Mobile in January 2019, the first mobile title from Mattel163 in the market. Since launch, we have seen incredible growth, from 200+ million global players to billions of rounds played. UNO has an easy-to-learn set of classic rules that is familiar to people all over the world, and is constantly creating more custom rules from our ingenious players.

For me, the mobile game market is very exciting, because it changes so rapidly, led by constant innovation and breakthroughs from industry peers.

Following the success of the IP’s conversion to the mobile platform, we felt UNO! Mobile had the potential to offer a unique experience in the rapidly growing mobile esports sector. As games like PUBG Mobile top the esports charts, there is a growing appetite for people to see their favorite mobile games played on the big stage, by personalities they love.
To date, the esports centre stage has been filled by First Person Shooter and MOBA games; the largest portion of the mobile games market has been overlooked. According to Sensor Tower, casual mobile games received a total of 8.7 billion downloads in the first quarter of 2022, accounting for 79% of the global mobile game downloads. The most popular mobile games across different genres, alongside their communities, are redefining esports every year. As such, Mattel163 is looking to create ‘casual esports’, a truly accessible category of competitive gaming.

UNO! Mobile Esports: A Unique ‘Casual’ Arena for Everyone

Behind a great esport is an exciting game played by skilled players, with enough accessibility to allow people to enjoy the action without a huge amount of prior knowledge. Many current esports have incredibly high skill ceilings, with players who dedicate their lives to being the best in their field. Whilst this creates a compelling competitive ecosystem, it also limits the audience who can enjoy it, as well as the demographics of the competitors. In the creation of casual esports through UNO! Mobile, our #1 priority is to make it accessible to everyone.

At the heart of UNO! Mobile is its accessible, competitive gameplay with unpredictable fun. The rules are so easy to learn, that the barrier to entry is low for both spectators and competitors. The game is also a great example that values strategy over skill. The exclusive 2V2 mode of UNO! Mobile pushes competitors to collaborate with their teammates to win. A wide range of special cards, such as “Discard All” to get rid of all same colour cards in one turn, creates unpredictable ups and downs during a game. Because you never know what will happen in the battle, you must be on your toes all the time. It’s a fun yet wild experience, which transcends all ages and demographics compared to traditional esports games.

At the heart of UNO! Mobile is its accessible, competitive gameplay with unpredictable fun.

To create this sector in mobile esports that pushes the once-limited boundary of competitive gaming, we led by example. The first UNO! Mobile Wildcard Series: All-Stars provided the perfect showcase for how UNO! Mobile can create unpredictable fun in competitive play, with the world’s favourite gaming stars.

Building Inclusion and Accessibility by Actions

When building our roster of stars, diversity was a central goal for us.

This is an area still underdeveloped in the current esports ecosystem. Looking at gender alone, female gamers now account for almost half of the gaming population (45 percent in Europe and the US). Comparatively, the number of female esports athletes is incredibly low. At Mattel163, every innovation starts with inclusion, and connecting the world through play is what we are all about.

The first UNO! Mobile Esports champion, LilyPichu will end up being a fantastic ambassador for other female gamers interested in UNO! Mobile and casual esports. Also, out of 4 fan favourite players selected by in-game votes, 3 were female. Viewers helped to set the pace and told us who they wanted to see representing the game. When LilyPichu won, the livestreaming audience said she can put “UNO! Mobile Champion into her resume” as a great achievement. Following her success, I hope she will inspire plenty of entries into future championships from women everywhere. People have the impression that esports champions are exclusively male and young. That’s not the case in UNO! Mobile, especially when we look at our players and the audience’s response to the first tournament.

The tournament saw over 20M views with a peak time viewership of 51K+, ranked #2 amongst YouTube’s top live games; with influencers’ channels dominating the charts. I am happy to see the unpredictable ups and downs of the tournament’s key competitors, and the millions of spectators, on the edge of their seats. The success of the very first UNO! Mobile Wildcard Series proved we could create a workable, inclusive and fun solution. We recognize the potential of casual esports as a successful business model.

Ultimately, there is immense appetite in the competitive space for us to do bigger and better things. True to our goals for UNO! Mobile esports going forward, we are excited to build and grow this new category of esports alongside our global UNO! Mobile’s community. I look forward to bringing Mattel163’s game roster to new audiences, inside and out of virtual worlds.

Mattel163's Amy Huang on Phase 10, the technology revolution, and return to live events in 2022