According to the announcement, the company will be releasing cross-platform games, starting with an initial title called “Mystic Kingdom” 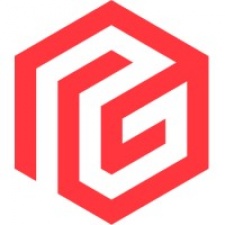 A group of investors including March Gaming, Paramark and Aream have offered up $10.85m of initial seed funding for new cross-platform studio Playgig. The studio is already working on a new IP called “Mystic Kingdoms”, and according to information given in copyright filings, this game will be cross-platform for mobile, PC and console.

According to CEO and ex-Riot executive, Bruno Schirch, “I founded Playgig in January 2021 after nine years leading global publishing and esports at Riot Games, where I worked with a talented team to pioneer the games-as-a-service model. Our vision with Playgig is to build a studio from the ground up to bring the fun of deeply engaging multiplayer games to a broader global community of gamers.”

Whilst we know that Mystic Kingdoms will be a multiplayer title by the announcement alone, according to trademark filings it will also be released for mobile and likely via PC too. The decision to push forward with a new IP could indicate that Playgig is aiming to hinge their success on the growth of this new game, and push forward with something that will capture the attention of players.

Multiplayer could mean anything from a MOBA to an RPG with social aspects. However, given Shirch’s previous experience at Riot games, it seems more likely tol be the latter, as they describe Mystic Kingdoms as, “a team battler set in a fantasy world.” In which case, going multi-platform is a good decision to make sure this new title will have a wide audience from the start. The decision to describe Mystic Kingdoms as an IP also indicates ambition beyond a single game.

Schirch’s former company Riot games themselves have been making further moves to cement their place in the industry, including the acquisition of former Wargaming.net affiliate studio Wargaming Sydney, now Riot Sydney, as a support studio for League of Legends and their other projects.