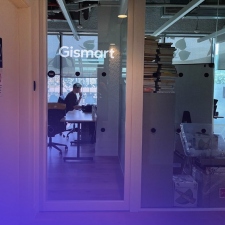 As Europe continues to develop as a mobile-expansion hotspot, London-based hypercasual developer and publisher Gismart has now opened its newest office located in Warsaw, Poland.

Adding to the company’s existing London headquarters, this opening marks a new permanent European centre for Gismart’s workforce at a time when Europe-based expansion has become a necessity in tapping into the increasing mobile market.

As of now, the new office already employs 40 members of staff on a full-time basis and this is expected to grow; more than 70 Gismart employees are currently located in Poland.

Whilst its HQ is in London, Gismart has in fact opened a number of European corporate hubs this year and began a remote-first approach in June, offering employees the full flexibility to work remotely from anywhere in the world after the popularity of hybrid working at the time of the pandemic. Among the reasons for this change was the ongoing conflict in Ukraine, which also led companies like Rovio to pull games from Russia and Belarus.

In order to provide support for all its workers moving to Portugal and Poland, Gismart’s relocation programme was updated earlier this summer, including covering expenses for language courses within its social package to help with transitioning to new countries.

"Currently, approximately 70 of Gismart's employees are located in Poland, and this number is increasing. Opening a permanent office in Warsaw was only a matter of time," said Gismart operational director Eugene Nagel.

"We wanted to provide our employees with a comfortable place to work, as well as create a new European corporate centre for people living in the EU, in addition to the existing head office in London."