New iOS title made within 48 hours 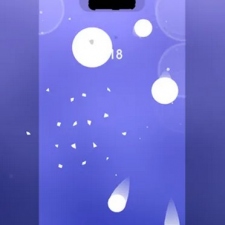 Developed for the iPhone Dynamic Island, the title was created during by Infinity Games during an internal game jam.

One thumb fits all

Known for its minimalist titles, Infinity Games’ catalogue has amassed more than 190 million downloads and includes Power On, Pipes and Swipe.

Flipper Island, meanwhile, has been developed for the iPhone Dynamic Island from the iPhone 14 pro series, although it will also run on certain iOS devices without the Dynamic Island. Flipper Island’s pinball-esque mechanics are merged with gameplay requiring only a single thumb, which has the potential to start off a brand-new genre of idle game – allowing gamers to multitask as they play.

Flipper Island features one flipper for the expressed purpose of allowing comfortable play. The goal of the game is to achieve the highest score by using the titular flipper to shoot a ball and destroy the island, with points attained varying depending on the type of island destroyed.

A new genre in mobile gaming?

In contrast to all the destruction, Flipper Island has been designed with relaxing music and minimalist artwork, giving the title its "zen" Infinity Games flavour. Further updates are expected going forward, including new balls, power-ups, game modes and challenges.

Though speculation for now, the one-thumb gameplay of Flipper Island has room to grow into a hit new genre of mobile gaming, with other developers likely to hustle in and test out the form themselves. Being able to play a mobile game while doing something else, with high accessibility and only taking two days to develop, could prove to be a winning combination.

This March, Infinity Games signed a partnership with Nerd Monkeys spanning multiple years to port its titles from mobile to Switch and Xbox.

Pocketgamer Connects London: What can games do to improve the world?