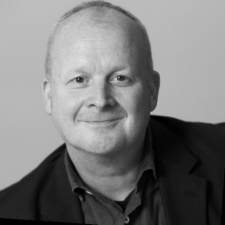 Stuart Dinsey has been in the games industry for longer than three-quarters of the staff at PGBiz have been alive, with a portfolio including founder of Intent Media (the original home of MCV, Develop, and more), director of UKIE, and chairman of Curve Digital. He's also a non-executive director of Steel Media.

As part of Pocket Gamer Connects Digital #2, Dinsey will be wearing his Curve Digital cap and heading up a panel at the show.

We caught up with him ahead of the show to find out more about his time in the games industry, and how we thinks it will change in the next 12 months.

PocketGamer.biz: Tell us a bit about Curve Digital and UKIE.

Curve Digital is a leading global digital games publisher, specialising in PC, Xbox, PS4 and Switch. UKIE is the industry, consumer and Government-facing trade body for UK-based interactive entertainment businesses, with over 750 members

At Curve I support and oversee operations with the senior management and get closely involved with commercial and biz dev, plus link the business into parent group Catalis, which also owns QA leader Testronic. At UKIE I preside over board meetings, help to set strategy and support the CEO and exec team day-to-day.

I always wanted to be a journalist and my big break was as a reporter with Computer Trade Weekly back in 1986. I became editor at 21 and served 12 years before quitting to launch my own media company Intent, which included MCV, Develop, Mobile Entertainment and Music Week amongst others. I like being in the middle of things.

Work hard, put your head above the parapet, be true to yourself. Work even harder.

Coming-of-age for digital distribution on all formats, increased appeal of local and online multi-player, muted arrival of cloud gaming and some rocky PR thanks to international spotlight on lootboxes despite significant progress on responsible gaming initiatives elsewhere.

Further rise of digital, ever more local and online co-op, cloud gaming getting it right, Chinese companies having more boots on the ground in the west and Govts improving their appreciation of the contribution this industry makes to economy, culture and society.

It was a village industry, populated by dozens of privately-owned UK publishers with owners in their 30s, publishing games by kids in their 20s and played by core fans. Now it's a monster global megabiz that appeals to all types of consumer, but thankfully indie devs keep the non-corporate spirit alive.

Big Screen Gaming is my natural home, but also anything to do with wider industry trends and game funding.