How to deal with influencers to market your game 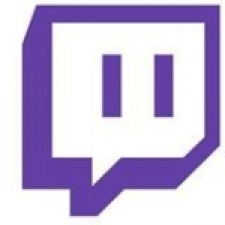 Influencer marketing seems to be the cure these days with indie devs and major publishers chasing after YouTube personalities, Twitch streamers, Instagrammers and Snapchat celebrities to promote their latest game.

Everybody is talking about the big success stories: what happens when Felix Kjellberg aka PewDiePie does a Let's Play of his latest mobile game and ask his 48 million YouTube subscribers to download the game?

The game skyrockets to the top of the App Store of course. But for every best practice case there are uncountable failed attempts:

It may seem desirable to attach your brand only to the big names, and you might feel it’s time-saving and thus worthwhile to only work with few big influencers instead of dozens of smaller ones.

Aim for upcoming stars as they are easier to reach out to and probably are more loyal to your cause.

But remember: The bigger the star, the harder the competition for his or her attention. They will most likely be a lot more jaded and more expensive. Aim for upcoming stars as they are easier to reach out to and probably are more loyal to your cause.

Also, the better you hit a niche the better the resulting user quality will be. An additional upside to this approach is that if you do not put all eggs in one basket, it won’t hurt your campaign if a single influencer underperforms.

2. Try to pay performance-based and get video views guaranteed

Most influencer superstars work on a fixed price basis for Let's Plays and other types of integrated advertising. But the more you approach smaller ones or go into your niche, you get guarantees for your money.

They may not always answer your emails as readily and in a manner you might be used to - but that doesn’t mean they aren’t professionals.

Always keep in mind, these guys and gals command huge followings, they are the new stars on the web and they want to be treated accordingly.

On the other side, you are looking for a business partner and not to befriend an internet star. Be professional in your approach and your offer and you can demand the same in return.

Influencers act like journalists: You provide information and access to your game but you can’t control what they do with it.

Also keep in mind that premium currency in your game is not a very sexy payment method, so don’t offer it. You want to get in front of their audience, that’s a service with a price.

Be prepared to pay a fair price and offer non-standard extras: Trips to foreign countries, cool events, collector’s stuff, access to development, voicing a character in your game etc.

4. Give up control – at least some

Influencers act like journalists: You provide information and access to your game but you can’t control what they do with it. Of course, you provide proper briefings and materials, but it is the influencer’s creative freedom bringing it to life and making it appealing to their audience.

There are a number of contracts between games companies and influencers that leaked to the public and tarnished the reputations of both sides: Influencers acting like PR and selling out to their fans; companies acting like they had no faith in their game’s quality.

Let the influencers do what they think is best. There’s a reason why they command a million of fans and don’t.

5. Play by the rules

While we’re at it: Make sure the influencer discloses the sponsorship. It’s not only the proper thing to do, it’s the lawful thing to do as both sides can be prosecuted for giving/taking money to produce content and presenting it as independent opinion.

Also note that the disclosure has to be placed directly within the video, either as text overlay or verbally stated by the influencer.

Consumer protection agencies such as the US Federal Trade Commission (FTC) stated it is not enough to disclose the video's sponsored status under YouTube's "Show More" section as the disclaimer would not be visible on videos watched through Twitter, Facebook, or other social media sources.

Some influencers are very focused on a specific game or genre. If a channel is known for great League Of Legends tutorials or Minecraft love stories, it is probably not the best pick for your Asia grinder.

Influencer campaigns are not well suited for “trial runs”. You are dealing with humans, not online advertising platforms.

Try to find someone who can convincingly showcase your game and who has a fitting taste.

However, if a channel has never played something within your game’s genre that doesn’t have to be a red flag. Think about yourself: Do you only play one game? Probably not and so do most gamers.

While the channel might be very narrow, the audience will have more diverse taste. In the end it all comes down to: “Is the channel owner believable when he expresses interest in a new game?".

Influencer campaigns are not well suited for “trial runs”. You are dealing with humans, not online advertising platforms.

If you start a campaign it cannot be paused, halted or canceled halfway through because you're not 100% satisfied with the results. It’s also a lot more time consuming than to set up an ad campaign in Facebook’s Power Editor.

Be prepared to invest quite a lot of time and effort to set up an influencer campaign properly, or alternatively work with someone who can handle it for you.