Simplify your game and app management in 2019

Standing out on a crowded marketplace 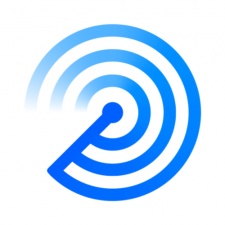 About 6.000 mobile apps and games are released every day in only the Google Play Store.

After the creative development and release of a mobile game, it still needs to be maintained and supported regularly to reach the deserved or desired success.

Frequently publishing updates is key for a game’s success as mobile app updates are considered one of the most powerful marketing tools. They help to increase loyalty by fixing bugs.

They also keep the app on top of the user’s mind and thus provide the game with more mindshare compared to other apps on the user’s devices. That is why successful apps and games businesses release up to four updates a month.

But there’s a downside. Regular update iterations take a lot of time. If you’re marketing your app in the app stores, you have to worry about updating the app title, the keywords and maybe even the description on a regular basis.

In addition to these more superficial updates, you also have to be concerned about releasing your app in multiple languages and countries every time you have a new version to release.

If your mobile game is available in five languages for the Apple App Store and Google Play Store, you’d have to go through 10 localisations to update metadata in order to release a new app version. This can take up an incredible amount of time.

“We’ve made it our mission to facilitate the workflow of mobile game marketing in the app stores”, says Thomas Kriebernegg, the CEO and founder of App Radar.

“This is why we’ve developed App Radar. It’s a simple but professional solution for analysing, optimising or publishing mobile apps and games and to monitor your efforts.”

App Radar is changing how App Store Optimisation is done. Industry-leading companies like Kolibri Games, Tivola Games, NerByte and iTranslate rely on our platform and expertise to drive organic installs from app stores to their games and apps.

The results are tremendous: 13.000h time saved per year and 470 million additional downloads could be generated by all customers together with the help of App Radar.

The software also helps game and app developers facilitate the process of maintaining and supporting the app or mobile game. Changes to the metadata can be done within minutes and done in one interface.

App Radar facilitates the daily tasks of app and game developers so that they can focus on what they love - game development and creativity.

“We at App Radar believe that app and game development is an art for itself. We think that this art does not get the attention that it should receive - we help developers to get this well-deserved attention so that they can build a successful app business.”

Don’t let your mobile game go unseen. You are in control of your games’ success!

Sounds interesting? Be sure to check out the talk by Thomas on Pocket Gamer Connects Conference on Tuesday, January 22nd (Growth Track) at 3pm!

Feel free to also talk to any of our App Radar team members about how to get more players playing your mobile games.