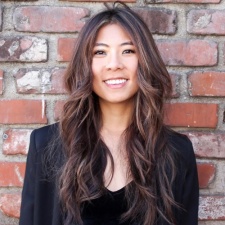 We all know that mobile games are taking over. 33 per cent of all app installs come from games. That means mobile games make up a whole one-third of the apps industry pie.

As a result, the mobile gaming industry becomes increasingly saturated by the minute. So what’s the solution? You’ve got to stand out from the crowd.

Here are the top mobile game marketing strategies that actually work in 2019.

Offer a preview of your mobile game on YouTube

They’re not going to invest the money, no matter how small an amount, in something they haven’t seen in action. And for this reason, releasing a mobile game trailer as part of your mobile game marketing strategy is crucial to your success.

Also, when you release the trailer on YouTube, you hit two birds with one stone. Google Play actually requires that your preview video lives on YouTube. That’s the only way you’re getting a video published in your Google Play app store listing.

Further, visuals play a huge part in pushing conversion rates for mobile games. People will judge a game purely from its visuals. So make sure you’re highlighting the most exciting parts of your game in the trailer video. Anything that would make someone not hesitate to install it works perfectly.

Gaming is no stranger to influencer marketing. Gaming royalty, in other words, influencers, dominate video and streaming platforms, such as Youtube and Twitch.

And they’re called influencers for a reason. Youtube famous gamers such as, Jacksepticeye, have not only an audience numbering in the millions but also one that is extremely loyal. His viewers would take gaming recommendations from him in a heartbeat.

Gaming royalty, in other words, influencers, dominate video and streaming platforms, such as Youtube and Twitch.

For example, a 16-year-old from Germany who is famous for his TikTok videos is likely to have an audience that 1) owns a smartphone, and 2) plays hyper-casual games such as Candy Crush. If you’re trying to get more users for your hyper-casual game, then this 16-year-old is your ticket in.

Contact the media and create a buzz around your mobile game

Media is powerful. Don’t believe me? Well then you’re in denial because guess what, you’re reading a mobile gaming media publication right now! Media, whether it’s online or offline, works wonders when you want to spread the word about anything, including mobile games.

Don’t be afraid to reach out to publications like PocketGamer.biz to let them know that you’re about to publish a totally awesome mobile game that their audience will enjoy.

This is how you create a buzz around your mobile game. Plan ahead for an even more significant impact. Send out press releases and notices about your mobile game before it even launches. Then link the story to your pre-release app store listing, available on both Google Play and Apple App Store.

When your app finally launches, you’ll have not only crazy gaming community hype to support the launch but also your first set of players ready to go.

App Store Optimisation (ASO) is the process of improving app and mobile game visibility in the app stores. Without ASO app store visitors won’t be able to find your app, meaning they won’t be able to install or play it. And you definitely don’t want that. I know what you want. More players and more playing!

So stop pushing ASO to the side. It’s more important than you think. A winning ASO strategy will get your mobile game ranking number one in the app store and increase your chances of being featured. The most important ranking factors for Google Play and the App Store are outlined below:

Now, why do I say run Apple Search Ads? What about Google UAC or social media ads? Well, let me tell you. Did you know that Apple App Store brought in 93 per cent more revenue than Google Play did just in 2018 Q3?

You have to chase the money. Go where the dollars are, and that is clearly Apple. On top of that, Apple Search Ads have an average conversion rate of 50 per cent and is the only promotional channel available within the App Store itself.

Genie Patrathiranond is a Los Angeles native who has a passion for brand building and social media marketing. Within recent years, she has dived especially deep into the influencer marketing realm, running international campaigns and connecting with personalities from various niches. When she's not executing marketing campaigns and creating digital content at App Radar, she's travelling the world.

Reply
Md Ahsanul Haque Akash
Now mobile game is a popular platform in this world. It is big opportunity money earning.So you know this opportunity then visit my blog site.