Lessons from lockdown: Why gaming is the new frontier in advertising and how to leverage it

Adverty CEO, Niklas Bakos, outlines how to lead in this space, and why in-game advertising ought to surge post-pandemic 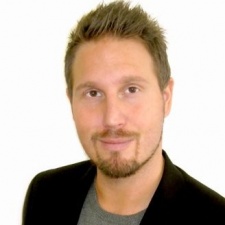 Gaming is one industry that benefited from COVID-19, with the pandemic keeping us home, seeking entertainment and escapism. The market is set to reach three billion players by 2023, according to the latest study by games market insights company, Newzoo. This $159.3 billion market, it says, will exceed $200 billion by 2023.

Even by the end of this year, there will be 2.7 billion gamers worldwide, with 2.5 billion playing on mobile alone. With improved Internet infrastructure, more affordable smartphones, new fans and a growing middle class in many regions of the world, this growth is not set to slow any time soon.

So what’s stopping revenues in gaming?

With the games market constantly evolving, the predominant format right now is free-to-play (F2P), which requires some form of in-game monetisation. Newzoo also forecasts that the current 98% of all mobile game revenues generated through in-game transactions will edge ever closer to 100%.

Certainly most families with children at home during lockdown won’t have missed Roblox, which has hit $1.5 billion in lifetime player spending, according to Sensor Tower; while Nintento’s mobile games were also reported to have reached $1 billion in lifetime revenue from global spending on the App Store and Google Play.

Fortunately, marketers are waking up to the value in the gaming medium, too, with its diverse and engaged audience, and the plethora of in-app, ad tech solutions available today – many of which remain largely untapped.

Even today, gaming and its global audience of approaching 3 billion remains largely untapped as an advertising channel

The battle of the eyeballs

But in-game advertising differs in a number of ways to other forms of advertising; and these differences are overwhelmingly positive. The context makes interruptive advertising inappropriate, with in-stream, native formats key. It’s interesting to note, too, that even streaming giant Netflix claimed that the popular multiplayer shooter Fortnite, is a bigger competitor than rival streaming platforms like HBO.

Indeed, gaming’s power in the continuing battle for eyeballs was evident recently when gamers in a virtual queue to join a much-anticipated live Fortnite event were left disappointed as servers hit capacity one minute after fans had been asked to join. Epic Games tweeted: "At 12 million players in-game we capped participation for stability while 8.4 million more watched live on Twitch and YouTube.”

Meanwhile, lockdowns around the world have resulted in increasing numbers of people flocking to gaming platforms, with nearly 28 million watching a virtual Fortnite concert by rapper Travis Scott. Epic Games, which also owns the popular chat app Houseparty, now has a valuation of about $17bn, according to Bloomberg.

Here’s where in-play advertising comes in

Yet with mobile gamers still reluctant to pay for games, this is where in-play advertising comes in. Even today, gaming and its global audience of approaching 3 billion remains largely untapped as an advertising channel; a blank canvas ripe for the creation of brand messages aimed at diverse and engaged audiences, at scale.

Innovative brands such as Red Bull and Nike have made early forays into the space, but brands have at their disposal a wealth of opportunities to create attractive, non-intrusive advertising and present it to their target audiences. With ads blending naturally into the game environment and no ad blockers in sight, the possibilities for marketers are endless. Yet the vast majority have not.

Working with Dentsu Data Labs earlier this year, we found that display advertising placed in natural contexts within games was the favoured format among mobile users. Furthermore, our study showed that eSports environments were up to five times more preferable for advertising, compared to other gaming genres, for audiences.

And, of those who participated in the study, 78% of those seeing an ad were able to recall the brand they had seen, with respondents also reporting that in-game ad formats offer a significantly more positive experience than web banners.

Our research gave an insight into the habit-forming nature of mobile gaming, too; among those who play games on their phone, more than two-thirds report playing daily or more often – with 30% playing several times a day. Meanwhile, only 9% reported a willingness to pay for games in order to avoid ads – confirming our suspicion that F2P is the way to go.

It is up to the industry, then, to find the ad formats that work best for gamers and brands, now that a third of the world’s population plays online games and half a billion watch eSports.

There’s no excuse: Mobile gaming is mainstream - but you wouldn’t know it judging by the amount spent on advertising in the medium. This represents a landgrab opportunity for brands, one that could enable them to unlock previously unreachable audiences.

It’s also a brand safe environment, and with more and more fraudulent activity on the web; ad blockers; and the imminent destruction of the cookie in just over a years’ time, leveraging ads in-app during game play represents a largely untapped opportunity.

Indeed, one advantage of the pandemic is that the world has woken up to the power of digital media; especially healthy types. Gaming is a blooming channel. We just need to monetise the 98%. And we can.