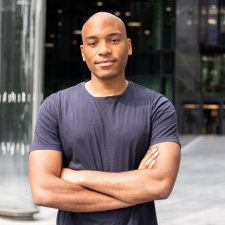 Mobile games and platforms that rely on ads targeted by highly personal information will see significant or complete revenue declines if they do not change course.

Facebook may see $5 billion cut from its Q2 revenues as a result of the changes.

It’s a little harder to precisely predict how the shift will impact the revenues of individual game developers, but Facebook has projected 50% revenue declines for many studios.

Those that use granular, hyper-targeted video or display ads will almost certainly see significant revenue declines. That’s particularly true of the studios that focus on targeting smaller numbers of high-spending users.

With 70-to-95% of players expected to opt-out of IDFA tracking following the full rollout of iOS14, an ad category that has become a mainstay of revenues will essentially go away. That could mean some revenues declining to zero.

In short, game developers, publishers and monetisation managers need to seriously consider if and how they can weather the post-IDFA storm.

Fortunately, there is a solution - and not one that requires spending big on a new, untested approach.

Contextual targeting is due not just a revival, but a revolution.

Contextual targeting is due not just a revival, but a revolution. It offers an effective, proven and reliable way to connect the right users with the right ads, and can bring in tremendous revenues - all while entirely side stepping the challenges introduced by iOS14.

That’s something we’ve seen directly at AudioMob, where we offer a contextual-based audio-ad format for mobile games that absolutely mitigates the impact of Apple’s IDFA changes.

As many across the adtech space have been entirely focused on highly personalised ads and the notion of ‘one-to-one engagement’ for years, contextual ads have evolved considerably.

Contextual advertising broadly may have been around for some time, but a new ‘context industry’ is emerging where leading players are harnessing on-device AI to pool information about both likely user demographic and user behaviour.

Companies like NumberEight, for example, can gather and analyse non-personalised information from individual devices while respecting privacy.

That information can then be used to serve ads based on contextual situation. In fact, contextual targeting based on behaviour brings a number of advantages over IDFA-based approaches.

That’s because we as humans are about more than our demographic. Our needs and interests change with our behaviour, and our behaviour changes as we respond to the world around us.

As such, contextual targeting today let brands reach the right users in the right circumstances.

Another major progression in the evolution of contextual targeting is in the growing digital audio ad space.

Thanks in no small part to the boom in podcasts and music streaming, digital audio ads are undergoing a renaissance.

Spotify founder and CEO Daniel Ek has predicted that digital audio ads present an $18 billion opportunity in the US alone. Spotify uses real-time context-based and behavioural targeting to deliver audio ads with impact, showcasing the powerful potential of context and audio in tandem.

Mobile developers can now deliver digital audio ads based on a blend of content and context.

And now contextual in-game audio ads for mobile titles are an IDFA-proof reality that can engage with an increasingly broad, diverse global mobile gaming audience.

Audio ads for mobile games are bought based on context, without the need for personal data to be used. That makes them IDFA-resilient, and ideal for those looking to entirely mitigate the impact of iOS14 on revenues.

Audio ads bring in tremendous revenues for developers - and powerful engagement for advertisers - and can use new developments in the context industry to serve with precision.

Spotify can use context to serve ads for sporting and athletic brands to listeners of playlists focused on exercise and health - and particularly those who also subscribe to fitness podcasts, and are active very early in the day. Similarly, mobile developers can now deliver digital audio ads based on a blend of content and context.

At AudioMob we have built an entirely unique audio format specifically for mobile games. We won’t pretend we aren’t wildly enthusiastic about the potential of in-game audio ads for mobile.Identifying the opportunity inspired the founding of our business.

We’ve seen our format be adopted by high profile studios who have seen CPMs climb over 600% as a result.

Our ads run in the background as a user plays, making them non-intrusive, and they are entirely resilient to the IDFA changes. Digital audio ads aren’t only about minimising post-iOS14 revenue losses; adopting them may see revenue climb.

But we’re not here to sell you our product. Rather, we want to assert the value of contextual and digital audio as a way to not just survive the coming IDFA changes, but to thrive in their wake.

Granular, hyper-targeted ads will soon diminish significantly across iOS. That considered, there’s never been a better time to embrace the contextual revolution.