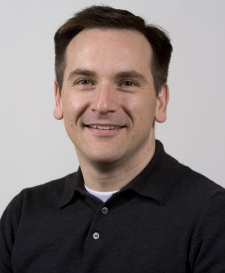 February 16th, 2009 - 10:00am
By Stuart Dredge, Contributing Editor
It's easy to sound like a cheerleader for Apple when talking about the impact iPhone and the App Store has had on the mobile games industry. It's leap years ahead of the carrier decks, it's made mobile gaming sexy again, it's making some companies fortunes.

All of these are true, but savvy publishers are equally alive to the challenges posed by the App Store in its current incarnation.

How do they make their games cut through the noise? How do they turn a profit on their investment when prices are trending lower? And what kind of games will be most successful in the long-term, anyway?

Oberon Media COO Don Ryan is one of these execs, who's genuinely excited about the opportunity presented by the App Store and models like it, but all too aware of the challenges. Oberon is the parent company of mobile and iPhone publisher I-play.

Open platforms like the App Store is why Oberon invested in I-play and PixelPlay, to position ourselves as these alternative distribution channels for casual content opened up, he says.

The App Store has pretty much exceeded our expectations in opening things up. We've all talked in the industry for years about the chokehold of the carrier deck and the challenge of getting visibility there, and the App Store has blown it wide open for folks. But that's good and bad.

On the good side, anbody has the chance to get their 15 minutes of fame, and if it catches, do some substantial numbers. But on the challenging side, there's a lot of work that has to be done in open systems to make the segmentation easier  being able to find what you want and sift through the mess.

He goes on to say that while the predominantly male early-adopters may be happy to spend time searching through a big list of games to find the cool stuff, the classic casual gamer isn't.

For a company like Oberon planning how much to invest in its iPhone games, this is a problem, compounded by the downward pressure on pricing.

People figured out pretty quickly that the way to make money is to be in the Top 100, and the guaranteed way to have a shot at the Top 100 is to drop your price, he says. That tends to lead to price compression in a serious way.

There's some IP that we have  some great triple-A content on PC casual that's done very well on Java and BREW, but only done okay on the iPhone. I'm talking about over its life generating maybe $100k-$150k, which is very modest compared to its returns on other platforms. And even to generate that, we've had to come really far down in price.

Ryan points out that while premium games are currently hanging on for dear life to a $9.99 price point (and then often coming down to $5.99 anyway), the richer casual games are seeing a ceiling of $5.99, but being pulled down to more like $2.99.

Plus casual games face fierce competition from the host of cool 99-cent apps that make up in number what they lack in individual depth.

To sum it up, in our portfolio strategy we have to be really careful about positioning the product and making sure we're really well represented in the premium casual category, and that we understand what can sustain the higher price points in that category, says Ryan.

And then in the staple casual content category, we just have to make sure to keep our costs under control, because we'll be competing with a lot of content out there. We have to invest enough to make it platform-specific, but we also want to make sure we get a good return on our investment.

Intriguingly, Ryan says Oberon is dabbling in other kinds of pricing models for the App Store, such as releasing games for free and then finding other ways to monetise them.

Despite these challenges, Ryan is still enthusiastic about the potential of iPhone, and is firmly behind Apple's rhetoric on the iPhone and iPod touch giving established handheld games devices stiff competition. It's the first device I can think of that's really going to pressure Nintendo's stranglehold on the handheld market with DS, he says.

It's such a killer casual platform. We learned early on in the casual industry that a lot of women walked around with Game Boys in their pocket to play Tetris, but this is going to completely replace that. And at the same time, I do think this is going to be a credible competitor at the higher end with PSP and the DS. Some super exciting things are going to happen in the hardcore space.

I-play has a busy release schedule planned for iPhone, including its sixth The Fast and the Furious game, which will be out on iPhone as well as Java and BREW. I-play is also bringing World Snooker Championship to iPhone in the near future, as well as a version of casual title Dream Day Wedding.

Ryan has a good analogy to describe the kinds of consumer who are playing casual games  Marge Simpsons and Bart Simpsons. Marges are the big consumers of PC casual games, playing puzzle and hidden object games for example, Barts are younger males looking for more hardcore titles.

He claims that if you look at the Top 100 on the App Store, Bart's dominating right now, as a direct result of the early days when games were just offered as one big jumble.

It's self-fulfilling  the more action-oriented players spend more time and money gaming, so they dominate these open systems with automatic algorithms for placement, he says.

Then the more super-casual users come in, the moms who have 15 minutes in between waiting at the dentist and waiting to pick up their kids. They want to go in, play the game, and they don't want to spend the first 14 minutes searching.

However, he's confident that this problem will be overcome as Apple rolls out future improvements to the App Store.

You'll see Marge catch up in terms of numbers, he says. And Marge is a heck of a lot less price-sensitive than Bart is. She's the one playing $20 to play casual games on the PC side

Some publishers  THQ most recently  have announced plans to pull out of the Java market in favour of iPhone and other high-end open-market mobile platforms. While Ryan stresses this isn't the case for I-play, it's clear he's impatient for carriers to move faster than they are.

We're all sick to death not only of the tyranny of trying to get content on the carrier deck, but also the tyranny of the 50,000 handsets you have to port to, half of which are unprofitable on an individual basis, he says. So the direction the App Store is taking the industry in is one that we support.

But just to reiterate, I-play isn't about to dump Java (or the carriers):

There's revenue to be had in the traditional carrier market, continues Ryan. We're going to continue to build product there, even if our overall philosophical leaning is definitely towards any platform that's more open and focused on a limited number of devices. We're a business: We've got to go where the money is, and there's money in Java and BREW  and probably will be for some years.

How about Facebook? I-play has seen big success for its Bubble Town Facebook game, which in turn has fuelled sales of the mobile version (and more recently iPhone).

Ryan says that right now, the publisher's investment in Facebook is most likely to pay off in these kinds of promotional uses, rather than as a direct revenue generator  I-play has experimented with putting ads in Facebook Bubble Town, but they weren't well-received by players.

The more modest returns from the advertising that goes around social network games has been well documented, and I would say we haven't seen that substantially change, says Ryan.

On the other hand, we are convinced that there are other ways to directly monetise it, and we have projects in development to experiment. Virtual items and micro-transactions is the obvious one. It's a proven formula in Asia, and more people are coming up with adaptations here in the US and Europe. It's definitely an area of focus for us.