Thanks to really strong development tools 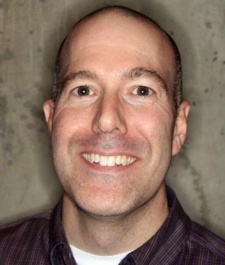 October 4th, 2010 - 08:45am
By Keith Andrew
From a mobile perspective, PopCap is one of the studios that's been there, done that, and printed the Plants vs. Zombies t-shirts to prove it.

Its support for Windows Phone 7, then, can be taken as a measure of confidence in Microsoft's new platform. Indeed, in PopCap's view, the OS comes with the tools and big backing that would make it daft to ignore.

We asked Andrew Stein, director of business development on mobile, why he doesn't think Windows Phone 7 will be one of the platforms to fall by the wayside.

Pocket Gamer: How did you get involved with developing for Windows Phone 7?

Andrew Stein: PopCap has had a long-standing partnership with Microsoft and jumped at the chance to create Bejeweled LIVE as an early title for Windows Phone 7.

Were excited about the possibilities of integrating Xbox Live features into mobile products.

Windows Phone 7 is an interesting challenge to work on  instead of C++, its a C#/XNA environment, which is new to us.

However, Microsoft has some really strong development tools and the conversion to C# went much more smoothly than we originally expected. It allowed us to add more polish and Bejeweled LIVE might just be the best mobile version of Bejeweled so far.

What opportunities does Windows Phone 7 offer?From a product development standpoint, the integration of Xbox Live services for leaderboards, achievements, etc is really the first time that a platform creator has enabled such a robust ecosystem of connected features.

Once the integration with Xbox 360 is completed, there are going to be some really cool things developers can do to tie the Xbox and Windows Phone 7 experiences together.

The other great thing that Microsoft has done is offer a very tightly managed device portfolio so that the same game runs properly on all the Windows Phone 7 devices without requiring any additional porting.

Do you think the emphasis Microsoft has put on games with Windows Phone 7 will give it an advantage over other smartphones?Connecting Xbox Live to Windows Phone 7 gives developers a robust and mature infrastructure to add connected features.

While we think there are opportunities to connect to social networks like Facebook that can also be added in, Xbox Live is a nice starting point.

What specific aspects of Windows Phone 7 are you looking to take advantage of?

Microsoft has built a nice ecosystem for commerce too  up there with iTunes and far superior to the current Android Market.

Mobile is always an exciting place and handset manufacturers look for any edge to differentiate their devices from one another.

We've moved to some technology that should allow us to hit multiple OS from a central code base so the proliferation of OS shouldnt be too difficult for us to manage.

From a customer perspective, choice is a great thing, but the market certainly is getting fragmented and I wouldnt be surprised if some of the various OS dont survive for more than a year or two as the manufacturers give up on trying to maintain them.

Creating and supporting an OS is a lot of work and unless it pays off with significant handset sales, its probably not worth the effort.

Any further plans for Windows Phone 7 in future?

Although we havent announced anything yet, we are excited about Windows Phone 7 and have more projects in the works.
Thanks to Andrew for his time.