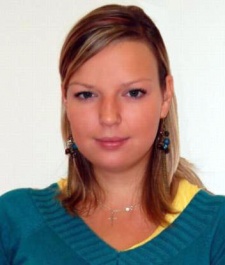 Responding to aggrieved early adopters who complained that they had paid for a game which is now free, Madfinger issued a statement on Facebook explaining that an 'unbelievably high' piracy rate on Android forced the developer to change its pricing model.

To find out just how bad this piracy problem was, and whether it will change Madfinger's multi-platform approach, we caught up with the company's sales and marketing manager, Anna Porizkova.

Anna Porizkova: The main reason is that the piracy rate is simply too high on Android devices.

At first, we wanted to make this game available for as many people as possible  that's why it was priced at just 99c  much less than the $8 we originally asked for Shadowgun.

But, on the other hand, we didn't dare to provide it for free, since we don't have any real experience with the free-to-play model here at Madfinger.

However, even for one buck, the piracy rate was so giant that we finally decided to provide Dead Trigger for free.

Football Manager Handheld 2012 suffered a 9:1 piracy rate on Android. Were things as bad as this for Dead Trigger?

First, let me explain that these aren't figures we just pluck out of the air. We use Localytics and compare these statistics to units that were sold - and paid - on Google Play.

Based on this, Dead Trigger's piracy rate is 80 percent.

That means we only get paid only for 20 percent of all copies of Dead Trigger and all of the rest are pirate copies. But this is only the overall average rate.

Of course there are differences among countries. In some countries piracy rate reaches 99.998 percent.

Your last game, Shadowgun, remains available to buy for an up-front cost on Google Play. Was it pirated less?

The piracy rate of Shadowgun was actually even higher, but because it was for sold for $8 and then reduced to $5 later, there was no effective way we had to defend against piracy.

Some Dead Trigger users seem upset that the game they paid for has suddenly become free. Do you have any regrets about the way you handled this transition?

We absolutely understand that people are angry because they paid for something that is now for free.

We understand that it could seem unfair to someone... On the other hand, we just hope that those people might consider getting Dead Trigger three weeks earlier to be worth one buck.

We don't why we would have announced the price drop in advance. No developer does it. That's all.

Will you release future titles on Google Play, or has this experience made you consider going iOS only?

This definitely doesn't change our intention to develop for both iOS and Android - and possibly for Windows Phone 8.

Most of the Madfinger Games team are Android gamers, and both platforms have their pros and cons anyway.

What's more, the Android install base is so huge now that it can't be cold-shouldered by developers  especially when using the Unity engine makes this process considerably easier.

You've been keen to stress that Dead Trigger for Android is now a free-to-play game with in-app purchases, rather than a freemium game. What do you see as the differences between the two?

Yes, you're right  Dead Trigger is not freemium.

After three minutes of playing Dead Trigger there is no "If you want to continue playing, buy ..." announcement, for instance.

Freemium means that you are really not able to play without spending extra money. When we discussed how we would monetise Dead Trigger, that was the first point we wanted to avoid, because we find it annoying in games.
Dead Trigger is free-to-play, because all players are able to play it without having to makes IAPs. We can afford to stand up for this statement, because all members of our team are playing (and enjoying) the game without IAP.

The way we see it, IAPs in Dead Trigger are like the icing on a cake.

But when reading forums and comments, it seems as though many players would prefer paying 5, 8 or even 13 dollars for Dead Trigger, rather than paying a dollar for a game with IAPs. But what they might not realise is that IAPs allow our artists and programmers to implement new content, features and upgrades.

Frankly, while testing this new update today, we discovered that, on higher levels, the game is so hard to play that it is almost unplayable without using IAP. This will be fixed with the next update.

What do you think could or should be done to lower piracy rates on Android?

We would like to point out that, in our opinion, piracy is not a problem of Android itself.

Google has made many good decisions on fighting piracy and with Jelly Bean it's taken the right action.

Piracy is a general contemporary problem. It is so easy to get pirate copies everywhere for free that people don't even think about buying it. This is the norm nowadays.

It's normal now to not pay for anything you can have for free, and nobody cares. All developers have this problem, and we're no exception.
Thanks to Anna for her time.