From performance to brand UA 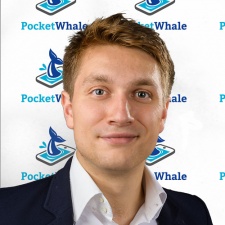 That's the conclusion to be drawn from the pivot of next wave UA outfit PocketWhale.

Founded in 2014 out of Berlin company AppLift, the Paris-based company's original goal was to reinvent UA by stripping away the layers of intra-network confusion and fraudulent clicks.

Now, however, it's reinvented itself as a smart consultancy which circumvents the entire UA system through app store optimisation and gaining eyeballs the old fashioned way - by talking to the press.

We caught up with CEO Jean-Philippe Decka to find out why and talk about its first big success, the European launch of Japanese developer KLabs' Bleach Brave Souls.

PocketGamer.biz: You set up PocketWhale to push "transparent, fraud-free UA" so what happened to that model?

Jean-Philippe Decka: After using our anti-fraud platform across hundreds of traffic sources, we realized that there are only a handful of reliable sources worldwide such as Facebook or Google AdWords.

Most ad networks/affiliate networks/ad exchanges are plagued with fraudulent activities, some being easier to detect than others.

Lots of ad networks and agencies claim they have control over fraud because they can track post-install KPIs such as retention and monetization of the users. But it only helps you prevent obvious fraud from happening such as incentivized traffic or bots.

There are only a handful of reliable sources worldwide such as Facebook or Google AdWords.

If you want to avoid fraud almost completely you are limited to very few traffic sources and that limits the added value of using an agency.

This is why we decided to no longer focus on paid UA but rather on how to grow organic traffic for our clients.

Why do you think a more traditional approach of working with the press was so successful for Bleach Brave Souls?

Bleach is a well-known anime among the community of manga fans.

It's a community that is quite niche and hard to reach at scale through traditional UA channels with interests targeting such as Facebook. It is also a community that is very high demanding in terms of content quality and very active on specific blogs, forums and websites.

We got a massive and positive coverage on those media because journalists really liked the game. This is why we managed to go viral among the community of manga fans.

It worked out so well for Bleach because the game is really good and we managed to pass this message to the right audience in an appropriate way.

A message delivered through advertising would not have worked that well because we would not have been listened to. Here, the community listened to the recommendation of journalists and influencers they trust.

Do you think it's a model which can work generally, or only for niche games with a strong fanbase?

This is a model that can work for various games, but the first requirement is to have a very good game and a fresh positioning.

For instance, it would work poorly for copycats, and we discourage some developers from using PR. We need to tell a story around a game and get professionals to back it because they genuinely like it.

We need to tell a story around a game and get professionals to back it because they genuinely like it.

Another interesting point is that it also works pretty well for paid games that usually cannot afford to do UA.

The media has fragmented from a few large, professional organisations into influencer sites and channels, so how did you find working with these people?

You are right. It takes much more time and effort to do good PR now than it used to.

You need to adapt your speech to the journalist or influencer you are working with and also be very selective when approaching them.

The key to success is to build strong relationships with them. You cannot afford to suggest to them operations and promotions that don't fit with their audience or you will lose them.

You also need a lot of patience.

Do you think this is part of a wider trend for mobile games marketing from UA performance to brand marketing?

I don't think we are there yet but it's clearly a trend.

At the moment, the mobile industry as a whole is very performance driven and advertisers want to track their UA KPIs very accurately. They are very resistant to brand marketing overall as many miss the global picture.

Brand marketing is by far the best way to maximize your organic traffic, which represents the vast majority (90%) of all installs.

Fortunately, some mobile games companies such as Seriously and Supercell have proven that brand marketing can be very successful when well executed and I can see it is inspiring others.

Companies such as Seriously and Supercell have proven that brand marketing can be very successful when well executed.

Brand marketing requires much more creativity than performance marketing as every message you deliver needs to be built around a story and a special operation.

It has also to be well articulated with App Store SEO strategies to maximize the impact on organic traffic.

Can you scale this business without becoming another cookie-cutter PR agency?

PR has great potential as it is currently underused. However, we don't plan to dramatically scale PR as it mostly benefits great quality games.

We have to be selective about the games we present to journalists. We rely on talented and honest people to perform it and scaling it dramatically with less quality content would certainly harm our trust relationships with journalists.

Can you tell us about other services you offer?

When we covered Bleach Brave Souls, the name of the app appeared in trending keywords on iOS in several countries.

I strongly believe that App Store SEO is the best lever of discoverability for mobile games in 2016 - after featuring.

Entry barriers for UA are too high, reliable traffic sources are limited, volumes are limited, and user fatigue to advertising on the main platforms is increasing.

The hard work with App Store SEO is first to select the right keywords you want to position your app for based on relevancy and volume of traffic per geo and platforms, and second to optimize all internal and external factors to impact the search results.

This is the service we offer to our clients using a proprietary tech solution we developed to access volume of searches in the App Stores and accurately estimate the impact in terms of organic installs.

Can you tell us about any other games you're working with?

We are working with 20 game developers on a regular basis such as Wargaming (World of Tanks Blitz), Vivid Games (Real Boxing 2 Creed) and Scopely (The Walking Dead: Road to Survival).

Currently we are working on ASO for Best Fiends with Seriously, as well as Flaregames on an upcoming title.

You can find out more about PocketWhale's services via its website.