Jobs in Games: Unity's Aras Pranckevičius on how to get a job as a Graphics Programmer

Some top tips on building a career in programming 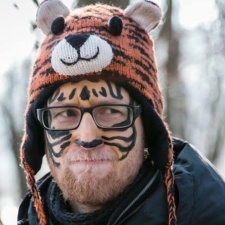 This time, the spotlight is on Aras Pranckevičius, Graphics Programmer at leading 3D engine and tools firm Unity Technologies.

Aras Pranckevičius: I'm a graphics programmer at Unity Technologies, which means I work on the graphics engine that powers all Unity-made games.

The actual job varies between something like a Technical Director, where I try to come up with plans, roadmaps, engine architecture and advise other people or teams on graphics related things, and a Code Monkey where I just type in a lot of code on the keyboard.

I was hired into Unity about 11 years ago. I think they hired me because I did some graphics tech demos, had a website and a blog, and was active on some game technology mailing lists.

I joined back when Unity was just a handful of people, and at that size everyone does everything.

'Blogs' and 'mailing lists' are things that used to exist 11 years ago!

This was back when the company was just a handful of people, and at that size everyone does everything.

So while my main starting tasks were "programming graphics" and "everything related to Windows", I also did things like checking whether the website works on Internet Explorer 6 and fixing it if it does not.

As the company grew, I started specialising more into graphics-only areas.

I tried being a graphics team lead, but both times did not like it at all and instead became sort of a mix between a programmer and technical advisor.

The latter just means answering bazillions of questions on Slack.

Kind of! Ever since I got my first computer I wanted to do some programming related to computer graphics.

So here I am. I certainly did not imagine working on graphics technology that ends up being in a billion devices out there.

Imagining a thousand or a million is possible, but billion is just too large of a number.

I did study computer science at university, though I don't think it was very useful or influential, actually. Perhaps my university was just not very good.

It was definitely useful for learning some math, but almost everything relating to programming or computer graphics I somehow learned myself from books, the internet, etc.

Instead of taking some courses, I would advise trying to do something with a group of friends. Make a game, or a technical demo, or write an engine, or do whatever you want to do.

Then make another one, and another. Learn everything that is needed to get there.

And then, once you notice any particular gaps in your knowledge that are hard to "just learn", start looking for courses and similar formal programs that might fill in these gaps.

I did not know how little formal education matters (at least in places that I've seen).

Practical experience and having something to show (can be anything really; it does not have to knock anyone's socks off) is way, way more important.

If you're interested in computer graphics programming, just start doing it.

Read some books, read some material on the internet, write some code.

Write about what you learn and what you did, put code publicly on github or Shadertoy or similar sites. Keep on doing it.