Five years on: EA on the evolution of The Sims FreePlay

Senior Producer Amanda Schofield on the game's life so far 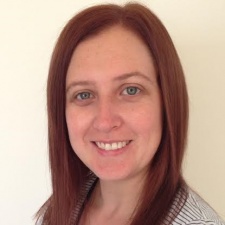 In this entry, we speak to Amanda Schofield, Senior Producer on The Sims FreePlay at EA's Melbourne-based Firemonkeys studio.

The Sims Freeplay is the flagship mobile entry in the popular life simulation series, and recently celebrated its fifth birthday.

PocketGamer.biz: With The Sims FreePlay five years old, how do you reflect on its performance - from launch to the mature title it is now?

Amanda Schofield: When I reflect on The Sims FreePlay, it still amazes me how much the game has grown.

We started out with a game where you could control 16 Sims, have a pet dog and a career and that was most of the game.

We never thought that hundreds of millions of people would have played and continue to play five years later.

We hadn’t yet introduced getting married, much less having children, and now it’s this rich world which covers every aspect of the Sims’ lives.

Pets range from puppies and kittens to dragons and fairies and the world is full of interesting places for Sims to go, mountains of fashion and near infinite ways to design and decorate homes.

When we started out, we never thought we could achieve so much, and that hundreds of millions of people would have played and continue to play five years later.

How big is the team currently handling live ops on The Sims FreePlay?

It’s hard to be specific, but I think the big challenge with building The Sims FreePlay has been how do you manage a team in perpetual motion?

Lots of games in development will have a timeline and some milestones, then one big push to get the game out and everyone takes a vacation.

In live service, there’s always another update. Taking a vacation means someone has to cover for you.

This was a big change for us, as we had to architect the team around those needs so that everyone can have some downtime.

There’s also the fact that the last update we built is live right now while we’re working on the second one so we need people ready to respond to anything that might come up.

These differences mean the team is a little bigger than an average one-off release game.

Games aren’t products anymore, they’re services built in a partnership with our players.

Games aren’t products anymore, they’re services built in a partnership with our players.

This means that functions like customer support and community management are a critical part of the game development process and must be embedded with our game teams so we not only know what our players are saying about the newest update, but we also can quickly respond to any problems that arise.

We need to understand when they are struggling with something new we’ve put in or if they’re absolutely loving some one-off thing we tried.

We don’t always get it exactly right, but by having the voices of our players in the rooms when we’re designing and building, we can always learn from our mistakes and get better and better at delivering exactly what our players want to see.

A lot has changed in mobile gaming since 2011. What are the unique challenges you face when it comes to keep the game feeling up-to-date?

The early days of The Sims FreePlay were easy in some ways.

We knew right out of the gate that our players would want babies and once we added them the next logical step was to add in all the age groups so those babies would grow up.

As time went on, our challenges became delivering the content that we never thought we could.

Things like horses, a second story on homes and long hair required us to completely rebuild sections of the game to accommodate systems we never designed for that were clearly very important to our players.

After that, some of our bigger beats have been things like professions to evolve the game and keep it fresh.

Professions have a lot more choice and strategy then most other parts of the game and are paired with a core part of the game that we knew players wanted to see more depth in.

It’s hard to see it as the one game that we launched five years ago - it constantly reinvents itself.

In these ways, it’s hard to see it as the one game that we launched five years ago and bolted some content onto - it feels more like it constantly reinvents itself around the changing desires of our players.

What steps have you taken to ensure that The Sims FreePlay maintains a sizeable and active player base all this time after its launch?

One of the most rewarding parts of working on this game is that our community is very active and always hungry to see more features and content in the game.

We’ve not had to do much more than listen and build to keep the players engaged.

When we find systems that are particularly exciting to our players, we focus our efforts to build that section out a little more.

For instance, a lot of our players are able to build incredible houses in ways we could never have imagined when we created Build Mode.

We’ve been working to give them more tools and freedom to make the houses of their dreams by adding balconies, pools, a second story and all manner of furniture styles over the years.

It's also really key to remember that we don’t have one kind of player. People play the games for lots of different reasons and are at different stages in the game.

Some people love Build Mode, some people really want to tell stories or relive their favourite movies through the game and still others are collectors and want to do everything.

There are so many more ways that each of our players have unique needs and requests when it comes to playing The Sims FreePlay, so it’s super important that we’re always finding ways to reach all of these individuals by varying the content and features we focus on.

I think there are two numbers that really boggle the mind for us.

The first is that we’ve seen well over 200 million installs of The Sims FreePlay to date which shows the extent of the popularity of not just this incredible franchise, but also the game itself.

We’ve seen well over 200 million installs of The Sims FreePlay to date.

The number that I personally find incredibly inspiring is 78,000, which is the amount of game time in years our players have spent in the game!

What lessons have you/are you still learning from The Sims FreePlay? Is there anything about the game that, in hindsight, you'd now handle differently?

We’re constantly in a state of learning and responding here, so it’s difficult to narrow in on one thing, but if I look at the whole five years the game has been running, the main lesson for me is to never think of the game as “done”.

It’s easy to focus on the now and the needs of the game today, but taking the time to evolve the team’s process and tools as well as the game would have saved us a lot of difficult updates in the early years and we would have provided even more for our players in the long-term.

As to the game itself, I’m sure if we polled the team there’d be a laundry list of things they’d love to change, fix, improve - and I have my own.

But I think the years of joy it has brought to millions of players and the continued presence it has across mobile is a testament to the team who builds it, the decisions they make on a daily basis and their constant drive to learn from the players.

Finally, how has your experience with The Sims FreePlay informed where you are/what you're working on now?

In terms of what I’m working on now, I’m still well and truly focused on bringing more exciting experiences to The Sims FreePlay.

If you ask me what I foresee for the future or what I would do next, I think as game developers, there is a change happening in the industry across all platforms which is following the trends of the rest of the entertainment industry.

When players have hundreds of thousands of entertainment options within a touch of their finger, customised and curated for them, we can’t continue to build and ship one-size-fits-all solutions.

Live service games are a promise to our players that we are here to work together to make the game they want to see.

I will never again see a launch date as a finish line; it’s just the starting block of the race. The players tell you when you reach the finish line.