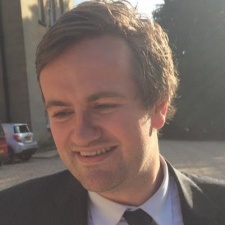 With the launch of Clash Royale last January, it could be said that 2016 was the year of synchronous mobile multiplayer.

But until now, playing with other humans in real-time has been largely restricted to competitive PvP modes.

This is what Atlanta-based developer Kiz Studios is keen to address with its upcoming co-op multiplayer shoot-'em-up Dash Galactic.

To learn more about the game and Kiz Studios' multiplayer strategy, PocketGamer.biz reached out to Director of Publishing Craig Albeck.

PocketGamer.biz enquiry: Tell us a little about the origins of the Dash Galactic project and its biggest influences.

Craig Albeck: Dash had been an in-joke at the office for a while, but we liked him so much we had basically developed a full universe for him before we even considered making a game.

Meanwhile, we were working on a hybrid tower defence game where the player actively controlled a character on the battlefield.

Over time we liked the combat aspect more than the defence management, and when we realised the amount of action that would entail, it made sense to pop our favorite blastin’ hero into the mix.

With games like Clash Royale finally popularising synchronous PvP on mobile, do you believe there is an opportunity developing in synchronous co-op play?

Definitely. Synchronous gameplay presents a lot of challenges, but knowing that you’re playing with living, breathing people heightens the experience.

We like using Google Play during the beta because it’s easier to iterate and deploy builds.

We decided to go with co-op because we really wanted a game that rewards teamwork.

All the characters have Synergy abilities that players can trigger simultaneously for some really powerful attacks, and equippable Auras that grant the entire team buffs.

Why are you targeting mobile with Dash Galactic rather than console or PC?

We wanted the ability to hop in a wormhole and save the galaxy from lava-shooting dinosaurs while waiting in line for a burrito. Can you blame us?

There are piles of great top-down shooters and dungeon crawlers on consoles and PCs already - but the space is comparatively open on mobile.

With excellent controls and tight mission structure, we think we’re going to do well here.

What was your thinking in terms of choosing Google Play open beta over region-specific soft launch, and how have you found the process?

We like using Google Play during the beta because it’s easier to iterate and deploy builds.

The open beta program has been great for identifying and working through issues and bugs that pop up during the process.

What have been the biggest things you've learned through the beta and what changes have you made as a result?

Dash is the most action-oriented game our studio’s ever made for mobile. Almost everything is some kind of new ground for our team and our beta players have proven themselves crucial to its development.

Player feedback has led to massive changes in the UI and player experience.

Their feedback has led to a tripling of mission objectives, massive changes in the UI and player experience, level-up perks and more.

Even beyond the beta, we’ll always be open to the best ideas our community can think up for Dash - they’re smart folks.

Any early engagement stats/KPIs you're able to share on Dash Galactic?

If by engagement stats, you mean how many murderous TOXON SCRAPR drones were defeated by the forces of good in the month of November, then the answer is 4,106. That’s about all we can share right now.

You've also featured multiplayer heavily in Heroes of Havoc. Has the response of your players suggested that this is the right approach?

With Heroes of Havoc, we wanted to make a game that everyone can enjoy. There is plenty to do for those who never want to get into the seasonal or PvP areas of the game.

But we do know that those players who are actively engaging in PvP are playing the game more often, and for more time in each session.

How big a part does multiplayer have to play in the Kiz Studios strategy going forward, and how big is the potential for mobile multiplayer more generally?

We’ve always put a lot of emphasis on multiplayer and that’s probably going to continue.

Competition and cooperation tend to drive engagement, and it gives us a platform to get in the game and play along with our users.

For Dash Galactic, we’re looking to drop the beta tag very soon. The full launch should be in Q1 2017.

Our regular Twitch streams, for example, let us team up with fans in our PlayStation 4 battler Trans-Galactic Tournament or battle against players in our turn-based mobile arena battler Might & Mayhem.

As for the industry as a whole, I think we’ll see a lot of growth in the synchronous multiplayer
market in the coming year.

What's the next step for Kiz and Dash Galactic? When do you anticipate a full launch?

We’re supporting Heroes of Havoc and Might & Mayhem, both on mobile. We’re also working on some updates for Trans-Galactic Tournament on PlayStation 4.

As for Dash Galactic, we’re looking to drop the beta tag very soon. The full launch should be in Q1 2017, along with Little Bigfoot.

On top of that, we’ve got a few more games in various stages of development that will hopefully be out in 2017, so it’s going to be a busy year.

How will HQ Trivia monetise?