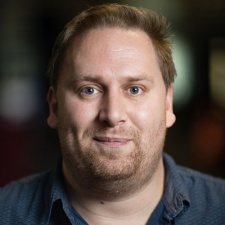 You’ve probably heard of RuneScape, but did you know it still attracts two million monthly active users and has hundreds of thousands of subscribers?

First launched by developer Jagex 16 years ago in January 2001, RuneScape has since split into two games: Old School – where players can enjoy the classic gameplay – and the new RuneScape, in which users get regular new updates to the title.

In terms of revenues, despite its age, Jagex claims it is now making more money from the games than it’s ever done in its 16-year history. In fact, RuneScape has been growing for the last three years in terms of players and revenues.

The game could be set to receive another shot in the arm with the announcement that Jagex is rolling out the longstanding title to mobile platforms.

Old School RuneScape will hit the app stores first this winter, while RuneScape is expected to follow in early 2018.

Both games will also be cross-platform – meaning users can play with their PC counterparts and load up the exact same characters and continue where they left off.

It's unclear whether the games will each get a simultaneous roll out on the App Store and Google Play, though Jagex is in discussions with Apple and Google about the matter.

While the move to mobile could open RuneScape to a new generation of players, Jagex is targeting its existing user base and those players who have since churned out the game.

Speaking to PocketGamer.biz, Jagex Senior Product Director Neil McClarty says though its user base is passionate and highly invested in the game, many players are getting older. And with that, he explains, comes time pressures on game time due to other commitments such as work and family.

So the studio set about looking for ways to let users play the game on the go, and mobile was the perfect fit.

“For us it was really born out of that, and therefore the cross-platform element was crucial,” says McClarty.

“We didn't want it to be a brand-new game because it's about looking after our existing players, allowing them to be able to play the game that they're currently playing, with the characters they've spent years on.

“The secondary element is we hope that there will potentially be some ex-players who have left because they haven't had time to play on PC, and maybe now if it's available to play on mobile, they'll have 10 minutes while they're on the bus to work.”

We didn't want it to be a brand-new game because it's about looking after our existing players.

McClarty says Jagex has been laying the foundations for RuneScape on mobile for a long time, with work on the technology side over the last two years also underpinning the new mobile versions and making them viable options.

McClarty claims that RuneScape will offer near enough the exact same experience as its PC counterpart. And, luckily due to past decisions at the very conception of RuneScape, the control scheme shouldn’t feel too alien to PC players.

“I'd love to think that [Jagex founders] Andrew and Paul Gower could see in the future and saw that in 16 years’ time mobile would be what it is today and that they chose point and click mechanic because it would lend itself so well to phones,” says McClarty.

“Thankfully those two things have aligned and actually the traditional point and click that we've had on PC does immediately lend itself to point and click with your finger, which is great.

“The game itself will have all of the content that you can play on PC. So it really is the complete game, it's not a stripped down pocket version or anything like that. The biggest change is it's just a really top level UX and UI in terms of the menu, just to fit that size of screen. But the intention is to have an almost absolute comparable version of what you can do on PC.”

RuneScape’s mobile release follows in the footsteps of some of the biggest MMORPGs in Asia that have made similar jumps from PC to mobile.

Netmarble’s Lineage 2: Revolution was able to successful reimagine the massively successful Lineage PC title into a mobile blockbuster – but perhaps more relevant is NCSoft’s own Lineage M, a direct port of one of the most successful games in the region.

We thinkRuneScape could be the first Western traditional PC MMORPG coming to mobile that can maybe crack that for the West.

It’s worked out well for NCSoft – since its mobile release Lineage M has been the number one top grosser in South Korea.

Lineage 2: Revolution meanwhile spends most of its time in second spot since Lineage M’s launch, though the former game had a spectacular start to life generating $176 million in its first month.

There’s no guarantee of success for RuneScape in the West, but it shows there may be appetite from fans past and current in a mobile release, and it lowers the barrier for entry to new players.

“We definitely think there's a growing trend that we can see from the Eastern territories like China where traditional MMOs are being brought from the PC onto mobile,” says McClarty, referencing NetEase’s Fantasy Westward Journey, which has yet to really kick off in the West but has stormed the top grossing charts in China.

“We think that RuneScape is one of the largest free-to-play games of its type and we could be the first Western traditional PC MMORPG coming to mobile that can maybe crack that for the West.”

Jagex R&D team working on new IP outside of RuneScape