Tech talk: Can Coherent Labs rise as the new standard for game UI?

We take a peek at the mobile-friendly Hummingbird 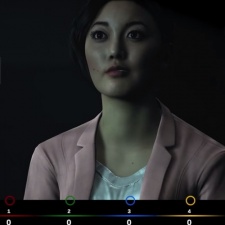 When Autodesk pulled its game development middleware from sale in the summer of 2017, it was something of an end of an era for GUI. The popular – even beloved – Scaleform was no longer to be offered or serviced.

The technology, acquired by Autodesk in 2011, had arguably dominated game UI for many years and could be found in games from Japanese arcade releases to UK mobile titles.

Its disappearance, though, has offered other user interface middleware solutions the opportunity to declare their potential to become a new standard in the game development space.

One such technology is the dual offering from UI outfit Coherent Labs. Founded in 2012 in Bulgaria, and originally made up of just five staff, today the company headcount nears 50 and its reach in the games industry is increasingly impressive.

"The difference between our two products is really about what people prefer," explains Coherent Labs' PR and community marketing manager Stella Ivanova.

"However, these days people prefer – and find it faster – if they can create UI visually and within a game. There Hummingbird is the solution. For that, we also have our Coherent HTML exporter. It is based on Adobe Animate allowing you to create UI purely visually."

And Coherent Labs isn't shy about asserting its belief that its offering is a perfect alternative for studios ruing the disappearance of Scaleform.

"In comparison to Scaleform, our solution is far more approachable and accessible," claims Ivanova.

"Coherent GT and Hummingbird support the same workflow and features, making them the best Scaleform alternative on the market.

"All products offered by Coherent Labs empower teams by eliminating dependencies between team members and improving iteration time by letting them work independently of one another. Many studios foresaw thе end of Scaleform and Flash-based technologies, converting to Coherent GT and Hummingbird."

Free as a hummingbird

While GT has enjoyed use in PC and console titles like Playerunknown's Battlegrounds, it is certainly Hummingbird that is the option for mobile developers.

Game UI is one of the most important parts of any game.

Though the tech was originally conceived to offer ease of access to studios and creators with less experience making games, today it is pitched as a perfect tool for triple-A production on smartphone and other hardware – albeit one that remains devoted to user-friendliness.

Of course, there is a challenge for any middleware that takes some of the heavy lifting away from developers and designers: ensuring creative freedom and true flexibility. There, though, Coherent Labs is confident Hummingbird still lets users craft the UI they want.

"We offer that freedom by providing our Coherent HTML exporter," Ivanova suggests. "It is based on Adobe Animate. That gives people the freedom to be creative and make their UI beautiful, and also have it ultimately work as functional UI within their game."

And functionality of UI, of course, is at the very core of what makes a game playable.

"Game UI is one of the most important parts of any game," Ivanova offers.

"It's great to see beautiful graphics and visuals, but to operate a game and be in the moment and feel it, a player needs to have the ability to interact with the UI.

"Along with the controls of a game, the UI is what makes it functional. You need UI to be optimal and working so that, for example, your player can know and feel when an injured character is hurt."

Currently, Coherent Labs offers no fixed price or license on GT and Hummingbird. And that's largely because bespoke collaboration is common practice for the team when serving clients.

"At Coherent Labs we look at how we can work with the projects of developers that want to use our solutions," Ivanova explains.

"When you request a download from us, we ask that you explain a little more about your project so we can learn more about your processes' current state and how we can assist you in improving and optimising them. Our idea is to get more familiar with the way you are doing the UI and guarantee a seamless fit and experience with our tools.

"It is a common practice [for us] to get involved with the client's workflow by sending people from our team onsite. They can assist in implementing the technology and showing your team how to navigate it properly. That's been known to happen several times. We're here to help and our clients are the most important thing to us.”

The result of that approach? Functional, aesthetic GUI that is made at immense speed, according to Ivanova and her colleagues.

Can charitable platforms support good causes and also be a driver for player retention?

Manticore opens up its Core platform for NFT projects