CEO discusses the studio's history and where it's headed 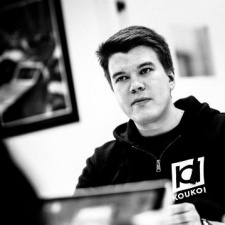 Finland is home to a great number of successful mobile games studios.

One of those developers is Koukoi Games. It's worked on original titles such as Crashing Season, Crashing Season Run, as well as licensed entertainment IP like Ferdinand: Unstoppabull.

By working on both original and licensed titles, Koukoi has shown it can work within the constraints of an existing IP that comes with its own set of rules and characters, as well as the creativity that comes with generating wholly new and original experiences.

To offer more details about what the FInnish developer is up to and where it's headed, Koukoi Games CEO Antti Kananen shares his thoughts and experiences.

In just a couple years ago Koukoi was established as one of Finland's known mobile studios. What have been the biggest challenges you've faced since starting this adventure?

Antti Kananen: The biggest challenge we’ve faced, and is still a challenge for us and everyone else, is the level of competition. This affects multiple things such as market entry, fundraising, making the next big thing and just doing business.

As the level of competition rises, releasing games has become more challenging.

Lots of mobile games are released each week and the big players are spending heavily on user acquisition. Meanwhile other mobile titles have become stickier through users being more loyal.

But we’ve learned that as long as you focus on the basics -  testing your games, optimising your KPIs and finding elements that enable scaling - every mobile game studio has the potential to do business in the market.

As the level of competition rises, releasing games has become more challenging.

To compete, we've moved from developing original IP mobile games to also making games based on well-known entertainment IPs – which have helped the studio to take the next step when it comes to fundraising, game launches and do business.

This year, we’ve gone even further down this road, and have started working with well-known game IPs. Plus, we’ve still been able to focus on the basics - meaning we’ve also got original IP in the early development phase.

What are the biggest changes you’ve noticed in the mobile games market since you started the studio?

The mobile games market has been evolving rapidly from simple games to games that have matching experiences compared to some console and PC titles. This has happened in very short time window, which has brought about its own challenges.

While keeping up is challenging we also think it’s motivating same time, as you can take a further look towards the future and think about ways to potentially help the market evolve even more through making titles that bring new experiences to players.

You have already released a number of successful titles like Crashing Season or Ferdinand: Unstopabull. What’s next?

Earlier this year we expanded to working with well-known game IPs, which is still something we’re doing in secrecy. Plus, we have new original IP titles in process, with a focus on midcore and real-time multiplayer.

What is your experience of working with big existing entertainment IP and how does this differ from working on your own projects?

We started in this business with FoxNext Games, who contacted us out of nowhere in 2016. We met with them, and six months later we kicked off a project with them. As a result of that, our first entertainment IP-based game was released in late 2017.

Through these projects we've had the chance to learn how animated movies are created from scratch and how the whole process works. This included studio visits, while our team also got to learn some art and animation magic on the way from skilled artists and animators working on the animated title.

We think that we can leverage everything we've learned from the entertainment and movie business towards making great original IP games in the future.

As a result of that, our artists' skillsets have grown to be very solid. We also worked with FoxNext closely on developing and designing games based on well-known properties, which was a great experience.

On the business side these learnings have been already been in use on some new projects for a while. We've seen our partners especially enamoured by our art skills and out-of-the-box thinking when it comes to running projects with focused teams, while we're aiming to renew genres and add more things into the mix.

We're already in the process of getting something new started soon in this space, but we're hungry for more, of course.

I think the biggest difference with working on original IP is that you have the freedom to do anything with your own games, which is of course motivating, though you have to dedicate time thinking what you're going to do with the amount of possibilities you have.

With licensed titles you have less doors and windows open, which is a different starting point. The key is to leverage everything that you can that comes from the IP, which can also be motivating in multiple ways as it brings unique challenges to be solved together with your team and the IP owner.

While there are differences in some things, we still think that we can leverage everything we've learned from the entertainment and movie business towards making great original IP games in the future - while we're also continuing to work with some exciting licensed IPs.

Was this shift towards midcore games part of your initial business strategy, or is this a consequence of the games market's trends?

It’s a combination of multiple elements, which takes into account the studio’s strategy, market trends, expected changes in the market, learnings on the way and the basics we’ve set to be followed from the start. Through these we’ve walked our steps.

We think that we’ve already set ourselves on the right track which lets us do things we'd most like to do in the mobile games market.

We also believe, while taking into account things we’ve learned from previous titles, this is a shift that makes us stronger and more focused as a studio, while we’re still doing some cool things with licensed IPs.

It will help us also to find passionate people to work in the studio and establish new partnerships.

Can you tell us a bit about your upcoming projects?

One of our upcoming projects is code named “Little Battles”. It’s been very promising for us internally so far and we’ve received some great external feedback as well.

The game is an action-packed real-time PvP fighting game with strategic elements, using cards to beat your opponent. In Little Battles you build your deck of action cards and play them on the grid to have your character do actions in real-time, which includes attacking, defending and building support structures to beat your opponent; and much more besides.

The difference from other games with card mechanics is the fact that you are moving the character instead of just watching some game logic happen. That’s where the fun comes in this game, as you have to be fast while making sure you have a sound strategy.

We’re still taking some early steps with this title, and other titles we have, plus we’re hoping we can potentially find some partners to support us with this next step.

We think that we’ve already set ourselves on the right track which lets us do things we'd most like to do in the mobile games market.

Considering we would have an unlimited budget, we would probably make something that is (i) super risky while potentially leading towards making a game that creates a new genre or sets the next market trend, and (ii) helps us to take the studio to the next level, meaning a studio everyone in the world knows about.

What advice would you give to someone looking to start a games studio?

I would advise everyone first to get their team set up right. It’s very important to work with right people.

Secondly, focusing on the core vision and idea and sticking with it is important. For us the core has been high quality games with high production values that also offers something new. Even though we’ve moved from one thing to another we’ve always focusing on making great games, which we believe will take us further.

Lastly, knowing the facts is important – and you have to be ready to face them. The games industry, whatever the platform, is one of the toughest markets I've worked in.

It can take multiple tries to find success, and some don't make it at all. Sometimes failure is inevitable. I think it’s more important to know that it's okay to fail. Personally I think, the most valuable thing is to learn from it and leverage the learnings next time.

And more importantly, it matters more what you do after you’ve faced the hard facts.

And, if you make it happen, make sure you don’t forget where you started from and what it took to get there where you are.

Many people are taking the steps - as we still are - between setting up a company and trying to make it happen. It should be respected, as it’s very brave thing to do in the games market.