Two years on, plenty to come 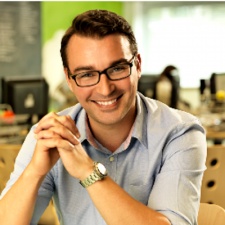 When a developer tells you they’ve been “blown away” because their game’s performance has been “beyond their wildest dreams”, it’s tempting to wonder how ambitious they really are.

Given Playdemic CEO Paul Gouge is a serial game entrepreneur - Playdemic is his fourth game company - and the game he’s referring to Golf Clash, which has grossed over $225 million, it’s obvious his sentiment lacks hyperbole, however.

And work at the Warner Bros.-owned studio continues apace. Indeed, the latest feature added to the colourful real-time multiplayer sports experience takes it in what initially appears to be an unusual direction.

“Actually, we had clans in our original design document,” Gouge explains, when asked how the idea of such in-game groups for a nominal single player golf game arose.

“We even debated including it at launch."

Now, almost two years since the game’s debut, and two months since the update, the new clans feature, which enables groups of 50 players to work together for combined goals, is going down very well.

As well as features such as clan badges and medals, and clans leagues, the update also includes real-time chat so players can swap tips and focus their activity. Future additions will include a clan points system and a top 100 ranking for the most committed clans.

Not directly related but monetisation remains strong too, with the game regularly posting ‘best ever’ months, although Gouge is keen to point out “monetisation is not our prime mission”.

“We never force people to pay for anything,” he says.

Engagement is up by an average of 10 minutes a day.

“Golf Clash monetises very well because we focus on entertaining and engaging our audience.”

In many ways then this sounds like the continuation of a typical mobile game success story. Gouge makes it clear this isn’t the case.

“We really sweated over the name,” he says.

“Clans aren’t something you associate with golf so we were nervous our players might not get it, especially the golf fans. They aren’t your typical mid-core audience.”

Significantly, other options such as the more prosaic term ‘teams’ couldn’t be used. “We’re saving that for something else,” Gouge teases.

Yes, there is a plan to bring Golf Clash to esports: after all it is the No.1 mobile sports game in the world.

“We think we have a strong opportunity because everyone understands how golf works and it works for spectators too. There isn’t any frenetic camera movement, for example,” Gouge explains.

“But we are approaching this in a very thoughtful way and talking to everyone in the esports space first.”

Putting the sports in esports

Still, once the idea has been raised, Golf Clash as an esport quickly appears to be a perfect match.

We’re aware becoming an esport isn’t something just the developer gets to choose.

“We think we have some big advantages,” Gouge agrees. “But we’re also aware becoming an esport isn’t something just the developer gets to choose.”

By which he means it needs to be something the players and wider community embrace. In that context, while esports will be a big part of Golf Clash’s evolution in 2019, it won’t be the only thing.

“We have more ideas than time. The challenge is to deliver them at the right cadence,” Gouge admits.

Other issues to be addressed include the game’s to-date western focus, with the golf-friendly markets of Japan and South Korea being targeted as the first places in Asia into which Golf Clash can expand.

Two years on, though, it looks like the game has plenty more to swing for.

A know cheat has come out publicly and stated he earns 5k US a tourney
Posted 2 years, 2 months ago

Reply
Dave Bradley COO
Happy New Year everybody. We've deleted some comments from this page due to conflict with our Comments Policy. Please familiarize yourself with the Terms & Conditions of use and let's play nice, y'all. This isn't the place for personal attacks. If you have questions for the community team on the game featured in the article, please take it to them directly. Thank you!
Posted 2 years, 4 months ago