"Messenger Games have already been a huge success story for us, and I expect this trend to continue in 2019" 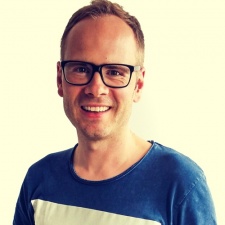 In today's Speaker Spotlight we're talking to Softgames CEO Alexander Krug ahead of his participation in our 'Keys for success in hyper-casual and messenger games panel'.

Following stints at Yahoo and mobile games developer Mobile Force, Krug landed at Softgames and has now been involved in the industry for 10 years. He considers himself an ambassador of HTML5 gaming.

PocketGamer.Biz: Could you tell us a bit about your company?

Alexander Krug: Based in Berlin, the creative capital of Europe, Softgames is one of the world’s largest developers of Messenger Games with tens of millions of users every month.

Our vision is to help users to instantly play games with their friends while helping brands to reach their target audiences.

As an HTML5 games pioneer, we’ve developed over 500 games since 2012. Furthermore, we built the world’s largest distribution and monetisation platform for HTML5 games outside the messengers with a total reach of 30 million MAUs.

In my role as CEO, I lead Softgames' vision and strategy. Besides that, I oversee the company’s HR operations and investor relations.

Back in the day I had many indie dev friends who were creating awesome games but had no idea how to present them to potential players.

Never lose sight of current developments and the future changes they might cause.

To help them get off the ground I built a website, through which they could advertise their games and also connect with each other.

Quickly, this website became the biggest German indie dev community for a while. That’s how it all started for me.

With all the swift developments and new platforms, the mobile games industry is definitely one of the most inspiring segments to work in right now.

But it’s also a tough place, competition is strong and you have to be prepared to react to rapid changes.

That said my main advice is: It is fantastic to have a concrete creative vision of what kind of games you want to create for your preferred platform and it is vital to do your research on what is hot right now, but never lose sight of current developments and the future changes they might cause.

It’s been very exciting, a lot has happened in the mobile games industry and in particular in HTML5 messenger gaming.

For us, the major developments in 2018 were that Facebook and WeChat opened their platforms to all developers, and LINE launched LINE QUICK GAME.

Facebook also introduced many new features on Instant Games and is constantly working on further improvements such as the recently announced new ways for viral discovery.

It has also been interesting to see how the smartphone more and more becomes the major gaming device.
Even in Germany, the smartphone outstripped the PC as the number one gaming platform for the first time.

Based on this year’s advancement in the area, I’m convinced that messenger games will turn out to be the next big thing and we will see more developers joining the platforms.

Messenger games have already been a huge success story for us and I expect this trend to continue in 2019.

Messenger games have already been a huge success story for us and I expect this trend to continue in 2019.

Our journey in mobile gaming began in 2006 as a small startup in Berlin developing J2ME Games. A lot has happened since then in the mobile gaming sector alone.

In 2008 the release of the iPhone 3G changed the market drastically, followed by the second big landslide in 2010 when Steve Jobs published his open letter “Thoughts on Flash” saying that Flash won’t be allowed to run on iOS platforms, which finally sounded the death knell of browser gaming.

The era of app games followed and right now HTML5 chat app gaming is starting to take over.

It’s hard to pick a specific part as Pocket Gamer Connects is the main event for our industry, featuring inspiring and top-class talks and panels by leading industry figures.

I’m very much looking forward to getting in touch with all these excellent people, exchange views, and, of course, network.