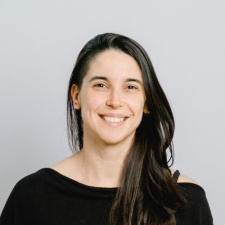 We're currently working on a game called TerraMars, a resource management/survival game which got the third place in a competition by Epic Games and the Wellcome Trust.

Because of the challenge we took part in, the game has a strong scientific foundation, which gave us the chance of being assisted by a researcher that works with the European Space Agency.

I'm responsible for the management of the company and most of our business development.

Since I was a child, I've always wanted to be a computer programmer.

I'm not really sure why, I think it had something to do with the fact that I always wanted to know how the things around me worked, especially man-made ones. Always tinkering with mechanical things, tearing them apart and putting them back together.

From a certain point of view, very time you create a game you're creating a new world that follows your rules. It's like making that Lego set you created alive for everyone else, not just for yourself."

If you haven't worked on anything related to games, start making one. Start small, but be sure you understand how making a game works (or should work...).

Be aware of your limits and keep learning. Don't be afraid to ask. Don't burn yourself out.

First of all, I think that every year I say that it' been an amazing year...

We work in an industry that in the last 10 years has kept growing, and changing (which can be both a positive and negative thing, depending on from where you're looking at it), and has always something new to show.

We've seen some amazing titles that push the limits of the technology and bring interactive storytelling to new heights the last year, but I believe we still haven't seen anything really innovative when it comes to gameplay coming from the 'big guys'.

Revenues keep growing and growing, and 2018 registered new heights, but I wonder if we're in a bit of a bubble at the moment.

I can say what trends of the industry I'm interested in. We've seen how games and players are becoming more and more social, so it will be interesting for me to see how that will move forward in the next years in general.

It's not just about streaming, and people being 'social' when they're playing, but also about how communities can have a direct impact on the direction a game takes. And with it of course come the need to monitor and control toxic behaviour.

Another thing I'm very interested in, is seeing how the digital PC stores will be impacted by the arrival of two major players such as Epic Games and Discord.

After years of a de facto monopoly from Steam, I think a bit of competition that could shake things up can be only good for everyone, both players and developer.

From a development point of view, the entry barrier in the industry has never been so low. Nowadays a kid at home can basically develop, for free, a game for hobby with some of the same tools that are used to create triple-A games.

Business models and monetisation strategies have changed, not only on mobile but on 'classic' platforms such as PC and console as well.

I've never worked in a big team, and I'm working in my own studio, so I never encountered some of the issues that others had when I started, but I think that we can say the industry is now actively trying to be more inclusive. It is a good thing for the industry, for the people who work in it, and for the players.

I'm mostly interested in the networking possibilities and from what I've seen in the schedule there are too many panels I want to go to, covering anything from monetisation and funding to game mechanics.