"I wanted to create something which was beautiful, accessible, yet deep and challenging" 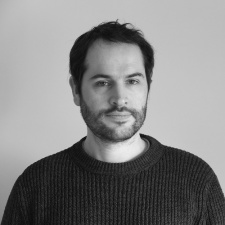 Philip Sinclair started his path to games from the age of 13, with his goal of becoming a developer always in sight. At the age of 19, he learned to program via his first PC before going onto release Peter Potato under his own studio, Spectrum48.

Though not achieving the financial success he had hoped, Sinclair continued and has followed up with his newest release, OCO. Taking second place at the Big Indie Pitch at Develop:Brighton 2018, OCO has garnered favourable reviews due to its clever one-touch mechanics and idyllic soundtrack.

As part of our Indie Spotlight series, we spoke to Philip Sinclair on his development through the years, as well as the challenges faced making a game with a small budget.

Philip Sinclair: I’ve been designing games since I was about 13 on my Amiga 500 using something called S.E.U.C.K or Shoot ‘Em Up Construction Kit, and then when I was about 19 I learned to programme and make games using DIV Games Studio on my first PC. I’ve been making small games and experiments since then.

However, it was the advent of AudioSurf, the first successful game I heard of that was created and published by an indie, and the App Store, that inspired me to start making games as a profession.

My first commercial release, Peter Potato, wasn’t very financially successful but it taught me a lot about working as a solo indie developer and directly influenced the creation of OCO.

When you have an almost non-existent budget it’s very tempting to work with a publisher.

There’s really no typical day being an indie developer. It depends on what stage you are in development. Today I’ve been learning more about Discord communities, yesterday I was designing t-shirts and stickers. Tomorrow I’ll be bug fixing and adding a new feature and then on to Insomnia64 to showcase OCO.

Mid-development is the most predictable, where a day will consist of refining gameplay and adding new features, testing and repeating.

There are many, many challenges. It’s hard to say which one is the biggest. Remaining an indie, i.e. not working with a publisher, is very hard.

When you have an almost non-existent budget it’s very tempting to work with a publisher, but I like to have as much control over the game direction as possible, so working with a publisher can sometimes compromise this.

Another big challenge is getting some visibility for your game. With such a saturated market it’s very hard to stand out and get some attention for your game.

Multi-tasking is also a challenge. After a hard day programming, you don’t want to think about doing your tax returns or replying to emails, yet you have no choice.

For me there are two levels of success:

There are a lot of really creative and experimental games out there but in my opinion, there are too many games that have been designed around the business model as opposed to trying to create a unique, exciting or beautiful experience.

There are too many games that have been designed around the business model as opposed to trying to create a unique, exciting or beautiful experience.

Unfortunately, it’s very hard to make a financially successful game so it’s necessary to consider the business model from the beginning, but this can often lead to a compromised gaming experience.

I’m really interested and excited to see how things like Apple Arcade change the market and hopefully make it more about interesting game experiences and less about making money.

Could you tell us about OCO?

OCO is a one-touch puzzle-platformer with over 160 hand-crafted levels, in-built editor and procedurally generated soundtrack.

I wanted to create something which was beautiful, accessible, yet deep and challenging – something that everyone could easily understand from the start but had the complexity, variety and quality to keep them playing.

The online OCO community and level creation have really taken off, so in the immediate future, I will be refining the way the user-generated levels are made visible/discovered in the game.

Lots of good levels are getting lost and I want to find a way for them to naturally bubble to the top. Beyond that, I’m working on another game that I can’t talk about yet, with a similar art style to OCO but in 3D and it's not a puzzle game.

A game about the environment.

Keep the game as simple as possible. It will become more complicated over time, but from the beginning try to keep it as simple as you can.

I would also think about how you’re going to pitch it to the press (or potential publishers) from the start too. If you don’t think they’ll be interested then maybe the game isn’t unique enough.

And finally, I would recommend testing the game on anyone you can as soon as possible.

You’ll quickly realise what’s exciting about your game and this will allow you to direct your focus and time towards this aspect of the game.