Jobs in Games: CD Projekt Red’s Hollie Bennett on going from midwife to head of communications

"Rome wasn’t built in a day. It’s going to hurt. You're going to see rejections, you might not even see responses. That’s okay. It’s not going to happen overnight" 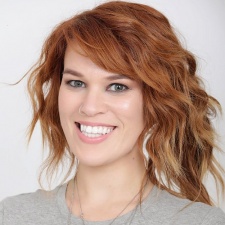 Hollie Bennett is the head of communications for CD Projekt Red. She previously worked in PR for Bandai Namco and as one channel leads at PlayStation Access.

This time we spoke with CD Projekt Red’s head of communications Hollie Bennett, who has also previously worked for the likes of PlayStation Access, Bandai Namco, Destructoid and even the NHS.

Hollie Bennett: Sure, I am now the UK head of communication for a little-known studio called CD Projekt Red. I basically look after communications. Any external communication that is done to the UK audience comes through me.

I work very closely with the team at Bandai Namco, who most people will remember as the publisher of all CD Projekt Red’s games up until now. In fact, I’ve worked on CD Projekt games there.

I’ve been a geek my entire life. I’ve always loved video games and I was always the odd one out for that reason because no one else played games growing up.

So for example: press releases, content creators, media, journalists, these are the people that come to me if say a magazine wants to run a cover feature for one of our games.

They come through me, they pitch the idea and I take this into the team. We then discuss whether we have anybody free to do this, do we have the artwork, can we make artwork and what deadlines we're working with.

If you’re busy making a game, every time you remove a senior person to conduct an interview or to write responses that’s time from making a game, so we have to balance. Then, of course, it’s taking feedback, seeing what’s out there, what people are saying and how we are responding to it.

I grew up in a small town in South Wales. I’ve been a geek my entire life. I’ve always loved video games and I was always the odd one out for that reason because no one else played games growing up.

With A-levels in art, history and business – the classic three - I decided to work with people as I’m quite chatty. So, I became a midwife, which for me was a four-year-long course. I’m dyslexic. I do have learning difficulties meaning school and university was really hard.

Midwifery’s a 50/50 course; 50 per cent practical, 50 per cent written. When it came to the practical, I aced it, but with the written stuff I really struggled. That’s when I was diagnosed as dyslexic and realised I had to get some help.

It took me four years to complete my course but I did it and I graduated. I then went to work in London as a full-time midwife, but while I was doing this I became part of an online games community known as Destructoid.

Back then it was huge and lots of very well-known people have come from it. This was really the first time I had friends that were into games. It was like this whole new world.

A lot of community members were from the UK and Europe, so I started holding meet-ups. I did more and more and then Gamescom was rolling around, and though Destructoid was an American website, I told them we could cover the event as the site had a global audience.

We all went, rented hostels and camera equipment and I literally led a coverage team. We did written and video coverage before video coverage was even a thing.

After this, Destructoid said “well you’re going to have to come on as staff since you’re doing all of this work. Why don’t you call yourself the European community manager?”

Now this was not paid. It was a fun, hobby part-time gig. I thought this was it. I had my full-time role as a midwife and I have this hobby that is taking me to all of these cool events. I’d gone to Dubai with Bandai Namco, I’d pressed Gamescom and was seeing unreleased games behind closed doors. I thought it doesn’t get better than this.

It’s absolutely not something I ever imagined myself doing because I’d been categorically told no.

At a Bandai Namco event, I bumped into [the company's] European vice president and handed him my business card saying if anything comes up, please consider me as this is what I want to do for a living.

About a week later I got a phone call to arrange a meeting to discuss my future. It was really informal and I didn’t think it would lead to anything. I then woke up with a job offer in my inbox to become the consumer and community PR executive for Bandai Namco UK.

It’s absolutely not something I ever imagined myself doing because I’d been categorically told no. As my career’s advisor told me if you don’t know how to make games, you don’t work in games.

I suppose I never considered other avenues. Even when I was with Destructoid I thought this was as good as it's going to get. In the end, it was just someone sitting me down and showing me that there are other roles in games.

Throughout your career what particular mobile/portable games stand out that you helped bring to life?

I was at Bandai Namco when the PlayStation Vita launched so I helped work on that. I have a massive love affair with my Vita and I don’t care what anyone says - I will fight you! It goes in my handbag wherever I go. I’m a huge fan of a series called Katamari and got to work on the Vita launch title, Touch My Katamari.

While I was at Bandai Namco, we launched a mobile version of Tekken that had augmented reality capabilities through cards.

We were playing around and a picture was taken of me, where the character appears in my hand. It was sent to our central office in Japan and they ended up liking it so much that in every pack of cards that were purchased my picture was in there holding the Tekken character.

The reality is if you want to get into PR now, yes there are courses. The majority of people coming in will have some sort of comms or PR qualification, however this isn’t entirely necessary.

If you want to come in through the community route by just showing that you have an understanding of social media and how it works, that can go a long way too. For example, we want to see your own channels and how you use them.

It’s about looking at what skills you can show and can demonstrate. Can you Photoshop? Can you video edit? These can be self-taught skills. You don’t need a diploma hanging on the wall to show this. Analyse your life and see what skills you are already on the path to obtaining without the need of attending school. You will be surprised.

I’m actually at a difficult point in my career because, as I’m sure you’ve noticed, there’s a particularly big game coming out that we're not talking about. I think right now it’s seeing the excitement building and being excited to engage the audience.

Rome wasn’t built in a day. It’s going to hurt. You're going to see rejections, you might not even see responses. That’s okay. It’s not going to happen overnight.

I think there is one really obvious - that PR is evil. It’s a really strange misconception. We often know what we’re publishing. We’re not stupid, we’re very aware of our games and what they are capable of achieving. We do work hard to build relationships with media but that’s so we can have good communication. It’s much easier to talk to outlets if you know them.

But I do think PRs have to shake this weird thing that we’re a bit slimy, and we’re not. A lot of the PRs I know/look up to put in an incredible number of hours. They bleed like anybody else when it comes to how much they love their games.

Rome wasn’t built in a day. It’s going to hurt. You're going to see rejections, you might not even see responses. That’s okay. It’s not going to happen overnight.

If you put a CV in and you get a response the first time, that’s fantastic! If not, please don’t worry. Try to reflect, try to come back. Put that job description next to your CV and see if you gave them everything they were looking for. It isn’t an easy road.

Make sure you fully analyse the industry. What I hear a lot of is “I want to work in games, I’ll do anything”, that’s not going to cut it. This industry is so in demand that you need something to give you an edge.