"2019 has been a difficult year for the games industry" 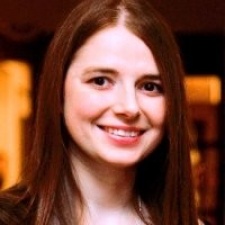 Joanna Haslam from Snap Finger Click has been a game designer for over 11 years.

She started out in the games industry on the BAFTA award-winning Buzz! franchise.

She has since been a designer on Kinect Nat Geo TV, It's Quiz Time, and several mobile titles including Furby BOOM!, Enigma Express, and the official Fantastic Beasts game.

Jo has a passion for social gaming and strives to bring something unique to every game she works on.

She currently works as the Design Director at Brighton-based Snap Finger Click working on games made for multiplayer and interactive streaming on Twitch.

PocketGamer.biz: Tell us a bit about the company

Joanna Haslam: The team at Snap Finger Click largely consists of the people behind the BAFTA-winning Buzz! quiz franchise. We create innovative multiplayer experiences for console that can be played both in the living room, and online over streaming platforms like Twitch and YouTube.

With Snap Finger Click's Live Show technology - that lets viewers on streaming platforms join in a game by typing into the chat - I won their DevelopHER Award for Innovation as Design Director in November 2018.

I'm responsible for the design of all games at Snap Finger Click. I work on the initial concept and am in charge of the overall vision of each product.

As Snap Finger Click is a small company, I also do most of the design documentation and game balancing as well.

I didn't initially expect to work in the games industry, but I did have a strong passion for media. My first job was working on the speech system in the Buzz! quiz games.

I loved working on Buzz! because it was unusual at the time in that it was made for people who weren't traditional gamers and it was a unique blend of entertainment made in the style of a TV show.

Figure out what role you think you would like to do and research job adverts to see what skills you need. If you decide to go, choose a University course that teaches useful modules that you'll find interesting.

Don't just choose something based on the name of the course. Go to games events and meet people.

2019 has been a difficult year for the games industry. I read with horror but not surprise the stories shared by those who had experienced abuse and harassment while working in games. We need to do better and I hope we'll start to see some positive change as we all move forward.

We're close to the end of the current generation cycle, so I'm looking forward to hearing more about what comes next. With Google Stadia also coming soon, I'm expecting a 12 month focused heavily on big AAA games announcements and new hardware that will be pushing the boundaries.

It's also going to be interesting watching how the games industry reacts to the increasing regulation of lootboxes and how designs will adapt to change or replace them as a mechanic.

When I joined the games industry back in 2008, only 4 per cent of game developers were women. We're now up to 21 per cent. We've come a long way, but there's still lots to do!

At Pocket Gamer Connects London 2020 - January 20th and 21st - Haslam will lead a session entitled The GDD's Not Dead: Tips & Tricks for Agile Design Documents. At this talk, she'll share her methods for maintaining an effective and useful GDD that grows with the project and works for the whole team.

Haslam says, "I haven't been to Connects before, so this will be my first time! I'm very excited to speak of course, but I also hear the Very Big Indie Pitch is great fun."

Tickets for the event are now available at Early Bird prices, with savings of up to $284. You can register here.