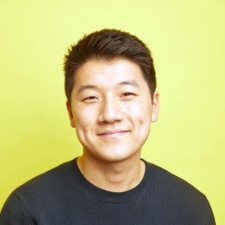 Will Wu is the head of Snap Games as well as the director of product.

A new contender has entered the scene. Snap Games, a subsidiary of Snap Inc., was launched in April 2019 as a new games platform that would focus on real-time multiplayer gaming.

Simultaneously, the firm unveiled a whole host of partners for the service that has steadily increased as the year progressed. With Apple Arcade subsequently making waves since its September release and Google Play Pass looking to get in on the action as well, we wanted to know how Snap Games, a company that has never ventured into the lucrative space, would carve out a spot for itself.

To find out more, we spoke to Snap Games head and director of product Will Wu about the new platform, the exclusive games and deals that have arisen, as well as what the company has in store for 2020.

PocketGamer.biz: Can you tell me about yourself and your role? How did Snap Games come to fruition?

Will Wu: Hey! My name is Will and I'm the head of what we call Snap Games. I started working at Snap six years ago, and I've been lucky to have been able to design and create a few Snapchat products over the years. In my early days at Snap, I helped bring to life many different core features such as Discover, Chat, Calling, and Groups. Of course, now my most recent focus has been on bringing games to Snapchat.

Leading up to the launch of Snap Games, I was really focused on the product, the team, and generally just dealing with whatever came between us and launch. It was a massive team effort, but there were a few key milestones that were crucial to our success.

The first was when we met the PlayCanvas team in 2016. The power of their HTML5 game engine blew our minds, and we knew that it had to form the foundation of the games running inside of the Snapchat app.

The second was when we acquired Prettygreat, a game studio in Australia with some of the talented folks behind hits like Fruit Ninja and Jetpack Joyride. Their creativity and game development expertise really unlocked our ability to develop and iterate on our platform prior to launch.

It was also key for us to bring on John Imah, our Head of Games Partnerships, to work closely with our third-party developer partners who were excited about our vision for social gaming.

Snap Games launched in April 2019; can you tell us how the company’s first 10 months have been?

The first 10 months have been fantastic. We're floored by the positive response from 'Snapchatters' so far. We're learning a lot through data and feedback and we're continuously evolving the platform to serve our developer partners and our community.

To date, there are 11 games on the platform and they're all exclusive.

We've launched a bunch of new games from different genres. And this wasn't as easy as you'd first think, since we had to ensure that each game would be able to scale to the load of Snapchat's global community.
Most recently, we launched a new cooking game called Ready Chef Go from our partner Mojiworks — they're the first partner to integrate 3D Bitmoji avatars into their game, which is pretty cool.

We've also been focused on expanding the capabilities of the platform itself. We introduced Leaderboard Games, which are essentially hypercasual games that let friends challenge each other for the top spot on a leaderboard.

We also introduced new discovery and engagement features like Snippets, which are dynamic stickers that players can place on a photo or video Snap to share moments or big achievements they're proud of with their friends.

But in the grand scheme of Snap Games, it's still very early days. So we're really focused on what's happening over the next 10 months!

How many games are on Snap Games at the minute? How many exclusives? Is there any data you can share with us across Snap Games regarding the number of players, retention, DAU etcetera?

To date, there are 11 games on the platform and they’re all exclusive. This includes first-party games like Bitmoji Party from Snap Games Studio and partner-made games such as Tiny Royale from Zynga and Subway Surfers Airtime from SYBO Games.

And although it's too early to share much data, I'm happy to say that our partner Mojiworks recently announced that their players on Snapchat served over 500 million orders in Ready, Chef, Go over the holidays. That's a lot of burgers!

The focus of the platform from the start has been multiplayer games, have you considered looking at more single-player experiences? Since Apple Arcade launched, this is something it seems to be addressing.

Yes, our Leaderboard Games represent our first stab at addressing this. They're effectively single-player games that are made social by our platform's friend-based leaderboards and by featuring the Bitmoji avatars of your friends.

While we first launched with only real-time multiplayer games, our broader idea is to create a platform for all types of social games. We know that your friends can't always be immediately available to play with you, so we're looking at a whole spectrum of ways we can facilitate gaming interactions between friends.

Subway Surfers Airtime launched exclusively on Snap Games, can you tell us how this partnership came about?

Well, we have a really awesome partnerships team led by head of games partnerships John Imah and head of EMEA games partnerships Pedro Rodrigues. Subway Surfers is the number one most downloaded mobile game of the last decade, so we wanted Snap users to enjoy playing a game with a familiar brand and world.

Snap Games is different because it's been built from the ground up specifically for playing games with friends.

We partnered closely with SYBO throughout the game's development, onboarding the team onto our PlayCanvas games engine and platform services, then collaborating to reach our shared milestones up until the global launch. Working with SYBO was a pleasure, and we're thrilled to be the home of the first franchise extension for Subway Surfers.

Can you tell us how monetisation works on the platform?

Our partner developers can earn revenue by integrating Snap's six-second, non-skippable video ads into their game. It's really cool to see how the game designers are leveraging our ad format since it's so much shorter than the typical video ads you see in mobile games today.

For example, in Snake Squad players can watch a six-second ad to quickly revive back into the game and get a chance at revenge. Ordinary mobile game ads are so long that the player's chance would probably be long gone by the time they get back into the game.

With more and more mobile game platforms being made available these days, why should users come to Snap Games? What makes you different?

Snap Games is different because it's been built from the ground up specifically for playing games with friends. In my view, it's hard to find high-quality social game experiences on mobile because apps typically don't have friends integrated by default. The conventional flow is that your friends install the game, create an account and then add each other in the game. That's a lot of work.

So for us, rather than try to bring friends to games, we're bringing games to friends. We're simply putting games right where friends already are: on Snapchat.

Since Snapchat now has 218 million daily users, Snap Games is less about bringing in new users to the app and more about reminding our existing community that friendship is more than just the things you talk about — it's also about the experiences you share together.

We've also put a lot of emphasis on the quality bar for Snap Games, which is indicative through our closed platform approach. While other game platforms might offer thousands of games, we've chosen to work with a few select developer partners to make sure that the attention to detail remains high, and to learn and grow with them along the way.

My final thought on what makes Snap Games different is that almost all of our games today feature your Bitmoji as your in-game avatar -- and more than 70 per chat of 'Snapchatters' have their Bitmoji linked to their Snapchat account! So, it's effectively zero effort for our players to dive into these games and play as a digital avatar that they already know and love.

What have been the biggest challenges faced this year for the platform? What does 2020 look like for Snap Games?

I guess the old adage 'you don't know what you don't know' rings true. Snap Games is a new kind of mobile games platform. We couldn't completely predict the game genres that our community would ask for next, how team workflows might need to change to operate at our peak performance, or fundamentally how Snapchat users would respond to the opportunity to play games with their friends on the platform.

We're building Snap Games for the long-term, so in 2020 I'm really focused on making sure we have strong fundamentals. First, I want to keep pushing the product forward, by making it both faster and easier for our community to have great game experiences with friends.

Second, I want to deepen our relationships with our partner developers, to ensure we're fully supporting them and embracing their feedback and ideas. And lastly, I'd like to see more games! We're just scratching the surface of what's possible, so I'm excited to see new games brought to life by our partners and by our Snap Games Studio.