"Until Apple Arcade came along, we weren't sure how much longer we'd even be making mobile games." 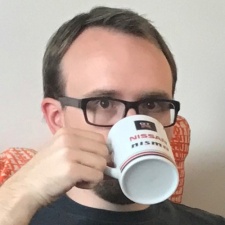 This week, we spoke to RAC7 Games co-founder and former Big Indie Pitch winner Jesse Ringrose surrounding the development and launch of Sneaky Sasquatch on Apple Arcade among life as an indie.

We pitched two games for Apple Arcade with the expectation that probably only one would get in, and after both were approved the hard reality started to set in.

Jesse Ringrose: I lucked out in that regard because the other founder of RAC7 lived up the street from me and we made Flash games back in high school. At that time, it was just for fun and learning, so we released them for free on sites like Newgrounds.

It was a great way to get lots of exposure and feedback about your game, but we never thought it could be a business. 10 years later, we finally made the jump from hobby to full-time profession, and five years after that we’re amazed that we still get to keep doing what we love.

My typical day has been changing a lot over the past year, though these days it's pretty stable. I show up at the office around 10 or 11-ish and work anywhere from six to 12 hours. The majority of my day is spent programming, however depending on where we're at in a release cycle, it might be an entire day of wrangling localisation data, writing emails, or testing the game.

The biggest challenge has been working on two games at one time. It's entirely our fault too - we pitched two games for Apple Arcade with the expectation that probably only one would get in, and after both were approved the hard reality started to set in. We can barely stick to a plan working on one game, but having to switch back and forth between two pushed us to the limit.

The second biggest challenge is not overworking. It's easy to get overly excited and engrossed in the work and it takes a lot of effort not to think about it all day every day.

My ideal version of success is being able to work on a game I'm genuinely passionate about, with no compromises or constraints. For example, never having to worry about whether a decision is going to make the game more fun, or more commercially viable.

It's been getting harder and harder all the time - especially for premium games. Until Apple Arcade came along, we weren't sure how much longer we'd even be making mobile games, so that's been a life-changer for us.

Could you tell us about Sneaky Sasquatch?

Sneaky Sasquatch started over four years ago in a game jam. The theme of the jam was 'You Are the Monster' and somehow, we created this little game about a sasquatch sneaking around to steal food from campers. It started out very simple: basic stealth mechanics, level-based gameplay, and a list of food the Sasquatch needed to obtain to move on to the next level. It was alright, but nothing special.

We started working on it more after the jam and that's when things really started coming together. It was turning into a fun game, but it seemed too risky to spend lots of time on a game that probably wouldn't sell well on mobile, so we put it on the shelf to work on other games instead (like Splitter Critters and Spek).

When Apple Arcade came along, we dusted it off and looked at it with fresh eyes. Without being constrained by monetization devices, we were freed up to focus on turning it into whatever we wanted, so we started getting a bit silly with it.

We added the ability to drive cars and so naturally a full racing game simulation was the next obvious step. And after that, why shouldn't the Sasquatch be able to golf too? We didn't have any reason why not, so we added a golf course, and AI golfers you could play with.

Until Apple Arcade came along, we weren't sure how much longer we'd even be making mobile games

Things kept snowballing and we just kept implementing things without thinking them through like skiing, canoeing, fishing, getting a driver's license, cooking food on top of car engines; anything that made us laugh during development. We never had a plan for what the game should end up being, it just naturally developed itself over time as more things were layered on top.

We've had a good relationship with them for a long time now, so everything just fell into place naturally.

For the kinds of games we want to make it's a no brainer. Sneaky Sasquatch is the kind of game that we never would have built if not for Apple Arcade. We didn't want to make it free-to-play and didn't think we could make it successful as a premium title, so Arcade is the best middle ground we could hope for.

We're going to keep working on Sneaky Sasquatch for the foreseeable future. We have a massive list of ideas we'd love to work on that never made it into the current version, so we're hoping to keep making updates as long as we possibly can.

I think we might already be making it. Sneaky Sasquatch is slowly turning into every game we've ever wanted to make, and we're just getting started.

It's hard to give general advice, but for us the best thing we've ever done is participate in game jams. Since we went full-time indie, every game we've ever released has started out in a game jam. The constraints of time and theme really push you to come up with an original idea that you never would have imagined.