Indie Spotlight: How thatgamecompany transitioned from console to mobile with Sky: Children of Light 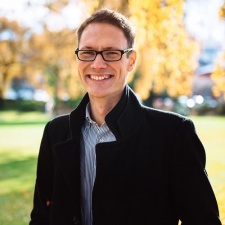 This week, we spoke to thatgamecompany director of online experience Tim Nixon regarding the development of Sky: Children of Light on mobile and its launch on Android.

Tim Nixon: I joined thatgamecompany in 2017. Personally, when I graduated from university in New Zealand back in 2004, there wasn't a lot of game developers in our little country. So, after earning a scholarship from the IGDA to attend GDC, I decided to get a masters degree in business and start a game company with some friends from school.

It was a pretty classic story of crazy all-nighters and balancing work-for-hire with our own original IP passion projects. We learned a lot from doing many, quick turnaround, small budget educational game projects for clients ranging from fashion designers to hair academies, cooking and business schools. They weren't glamorous, but we learned how to be adaptable with our skills and ship things on time and to budget.

Many people had told us Journey brought them closer to a loved one, or that the narrative experience left a lasting emotional impact.

In time we were given bigger opportunities and eventually got to the point where we were self-publishing our own successful mobile free-to-play games. I'd always been a huge fan of TGC work, so when I got the opportunity to come and help them expand the business, I couldn't turn it down.

Right now, it's pretty crazy. It always feels quite overwhelming when you first launch a live service game. You have to balance your attention between making sure the game is stable, responding to player requests, and working on new content all while making sure the development team is happy and healthy.

Planning and communication are crucial, so we do our best to clearly plot out our goals and deliverables for the coming weeks and not be overly reactive to things happening in the community on any one day.

The goal is to give our team as much focused time on making the game better, avoiding context switching, empowering them to do their best work, and that requires clarity and focus. That said, we always need to be ready to respond to emergencies when they occur. So, it's a tricky balance.

Since we are now a self-publisher, we handle every aspect of the game's success, from concept and development through to customer support and marketing. That is a lot of plates to keep spinning, and it can easily become overwhelming.

This also means we have great freedom though, both with the decisions we make in the game, and the way we connect with the community. We put a lot of effort into engaging with our fans through social media, Discord, and weekly live streams on Twitch. We want our players to feel like we are available to them, that they are part of the discussion and the process that is going into making and expanding this game.

Our goal as a studio, and the reason I think most people are here, is to advance the art form of games and show that they can be just as important a tool for emotional storytelling as books, music, movies, or television.

So, if we see that the game has touched someone, moved them in a way that they feel compelled to reach out to us and share their experience, that's always very rewarding. We also have to feel that ourselves when we play. Is this different? Is this special?

The market may seem very crowded, and it is, but there are also lots of opportunities. There is no way to get to the top of the charts anymore unless you can run profitable marketing campaigns, but the important thing to remember for smaller studios is that you don't need to be in the Top 100 to have a meaningful business. You could create a super niche product that a really small market absolutely adores, and you can make a living off that.

Could you tell us about your latest project Sky?

Sky is a social adventure game set amongst the clouds for you to play with your friends and loved ones. You explore an ancient fallen kingdom, meeting the spirits of your ancestors and piecing together the story of what happened to them.

It has a lot in common with Journey in terms of control and cinematic feel, but the mechanics are deeper: there's more to do, there are up to 8 players, and it's on mobile so anyone can jump in. Also, you can fly, which is very fun.

After the enormous success that was Journey, how did it change your approach to Sky?

We wanted to make the essence of Journey accessible to a broader audience. Many people had told us Journey brought them closer to a loved one, or that the narrative experience left a lasting emotional impact. Some players said it changed their perspective on what games could be. That gave the studio a huge amount of motivation to bring that experience to more people.

After predominantly being on console, why was the mobile platform chosen for Sky?

Scale and accessibility. We want to create games for everyone and not every household has a console. Also, controllers can be quite intimidating to people, though everyone has a phone and most people are even used to playing games on the devices now.

The dream is to have the game on as many platforms as possible. It's a social experience, so we want you to be able to play with your friends and family no matter what platform they have.

It's been a challenge to adapt to the expectations of players on mobile, obviously they are in a very different headspace when they approach a game on a phone than they would be if they were sitting on their sofa. But we've worked hard to strike a balance between accessibility, and the subtle aesthetic that TGC is known for.

What was it about the Switch platform that you feel fitted bringing Sky to it?

There is a lot of love for the Switch within TGC. We've all had so much fun with the console so it's really gratifying to see our game join the ranks of such great titles. The Nintendo brand also stands for a lot of the same things we do in terms of accessibility, quality, and innovation.

The hardware is a great fit for our game. It's a bigger screen than a phone so you can really take in all of the visuals, it has a controller for precise play, a touchscreen to support chat, and it's portable. Since Sky is best played with friends, it really helps to be able to play wherever you go.

When will the game arrive on other platforms such as PlayStation and Xbox?

We're definitely thinking about them but can't commit to anything right now. The dream is to have the game on as many platforms as possible. It's a social experience, so we want you to be able to play with your friends and family no matter what platform they have.

There is a network effect of us being able to lower the barrier to entry and have people playing across platforms. Our game then becomes more of a social network, a place to hang out, than just a linear narrative.

Was there ever a plan to launch Sky on Android alongside iOS? Why did you hold off?

Before we revealed Sky on the Apple Stage, we already had a close relationship with Apple and have been developing primarily on their platform from the beginning, so it was only natural that iOS would come first. However, we knew that Android would be crucial to reaching all players, so it quickly followed.

Developing cross-platform for a live service product is tricky, especially with an in-house engine and a small team. But our engineers worked extremely hard to make the port happen, and we're very proud and appreciative of their efforts to get it out in the time they did.

Personally, I don’t think anything great has ever come from an unlimited budget. Constraints are an important part of the creative process, but that is not a fun answer so... As a studio we admire the values and excellence of Disney and Pixar and dream of creating the Disneyland of online games, so I think that's the direction we would love to go in ultimately, a grandiose online kingdom, the happiest place on earth!

The most valuable thing you can build as a developer is a loyal audience, and nothing is more important in attracting and retaining the interest of a player base than good values. Ask yourself: why does my game or company exist? Why should people believe in me? Trust me? What does my game do better than anyone else? It might be quirky graphics or rendering style, intimate storytelling, novel gameplay, whatever it is, find your hook.

Ideally find something that you can build on over multiple games so that when one of your true fans finds you, you have a portfolio built up that they can play of yours. Be true to yourself, have patience, and just keep turning up.