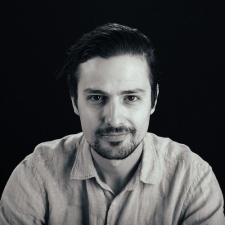 This week we spoke with Amber head of studios Mihai Sfrijan.

Mihai Sfrijan: I'm the head of studios at Amber, which means I work alongside all the production teams and especially producers and other team leaders. I'm covering multiple studios in various locations from California to Romania to Mexico for the time being, with teams that work across multiple platforms (mobile, PC, console) on all genres.

I was fortunate enough to be part of the whole explosive growth following the launch of Candy Crush Saga.

More specifically, my role is to help teams grow and gel together with the ultimate goal of them delivering the best games possible. I work alongside the leadership of each studio, figuring out how to best support our teams on a daily basis.

I've been playing games since I was a kid. It's why the games industry is filled with the most passionate people working in it. I eventually ended up writing about games and running a pretty big Central/Eastern European games magazine called Level, which helped me to understand the industry and the audience a bit better. It also exposed me to all kinds of games and gamers, and that's something that ended up really helping me in my career.

I made the switch from critiquing games to actually working on them by joining EA Mobile during the J2ME (Java Platform Micro Edition) era and I was part of that industry-wide transition to iOS and smartphones.

After a short stint at Jagex, I met some guys from a small Swedish company called King. At the time, King was relatively new to the industry and quite small, but I was completely blown away by how professional and focused they were.

I ended up opening the company's first mobile-focused studio as well as its first external studio. I was fortunate enough to be part of the whole explosive growth following the launch of Candy Crush Saga.

After a very fruitful and exciting four years at King, I decided to take a risk and opened up my own start-up called Notic. Here we focused on building a platform that mixes quick project delivery with various solutions for better monetisation and retention mechanics.

In the meanwhile, some of my friends from EA started Amber, with the goal of becoming the agency of choice in the games industry, which sounded like a very bold and interesting business approach.

I actually didn't study anything game related - at least officially. Unofficially, having played so many games and analysing them as part of my games magazine job, that was an experience I could not replicate in an academic setting at the time.

My studies were in Communications and Political Sciences, which I did alongside playing Counter-Strike. But that was then, and nowadays there are courses you can take on pretty much any game-related discipline.

For the producer role specifically, it's difficult to pinpoint one course you should take as this is a role that covers a bit of everything. I would suggest playing anything and everything, keeping your mind open to new genres (no matter the platform or how silly they look) and really working on understanding what makes a great team of people tick. That's probably the hardest one, and the most important skill from my point of view.

Games are made by teams and understanding how to make each member of that team passionate about what they are working on, how to get the best out of everyone, and how to make everyone work together as a tight-knit unit is both incredibly complex and satisfying.

If we're talking about the producer role, this is a leadership position that in order to be effective needs to both lead and support their teams at the same time. We usually call this servant leadership and some people might expect it to be a role of absolute power, which it absolutely isn't.

It's a difficult role because you need to understand the market, genre, audience, tech, vision, game design, art direction, team and its challenges. All of this, alongside being somebody that the team looks at for guidance, direction, and stability, but also not somebody that is too direct and controlling.

Try being part of the team and taking over some of the ownership and responsibility - no matter what that team of people is working on.

Work on your soft skills. Try being part of the team and taking over some of the ownership and responsibility - no matter what that team of people is working on. It doesn't even have to be games or software. Try to learn how to lead and grow teams, while again playing everything that's out there.

Amber was actually really good at making the switch. We did it before most companies - practically overnight - without a lot of planning, and while this tested our organisation, we went through the change really smoothly. My role is very much focused on talking with people, so that went from mostly face-to-face conversations to exclusively Zoom calls.

This, of course, does make part of my job harder though, as it's always easier to understand somebody while you're in the same room.

My whole week is already planned in advance as I have recurring calls covering most of my working hours. I'm trying to keep a small window for myself during the day, so I can take a lunch break and maybe squeeze in some exercise. Other than that, it's simply jumping from one call to another.

I was a bit wary of how all of this was going to work but it's actually all going pretty well so far. I do need to invest in a wireless headset, though. I keep carrying my laptop with me everywhere.

Keep a tight schedule, take breaks, and it's ok to say no to yet another meeting if you have more important things to do.

I don't think office work will disappear; however, we now have proof that remote working definitely is an option. I think we will end up seeing a combination of these two, with my preference being a schedule that allows me to work from home for the majority but also makes it possible to meet with my colleagues from time to time.