The shaping of a new way to play 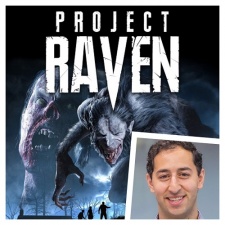 There is no single route to becoming a successful games tools company. But there are two examples of extreme opposites finding great success.

The first is the Epic model, in which licensable technology eventually emerges from a developer's burning desire to make the most performant games possible. The other is the Unity model, in which the technology itself is the focus. After all, Unity has never made a game.

Yet as games become more complex and more fluid experiences, both in terms of production and delivery, perhaps the new opportunity is combining the best of each of these philosophies albeit in two separate yet connected organisations.

Certainly, that's what Genvid Technologies is planning on. Following on from its $113 million venture raise, it's spinning out its game operations team as a publishing subsidiary called Genvid Entertainment. This is tasked with working with IP holders and other co-development partners to create and launch what Genvid labels its Massive Interactive Live Events (MILEs).

The first of these was Rival Peak. Co-developed with Pipeworks and created for Facebook (while utilising its platform), this was a 24/7 interactive reality game show that ran in early 2021, which was driven by a combination of AI agents and the choices of millions of players. The experience was underpinned with a weekly live-action roundup TV show that acted as a focal point for the narrative's twists and turns. Running over three months, it generated more than 100 million viewer minutes of activity.

Yet as Genvid CEO Jacob Navok explains, building, creating and operating such services as well as developing and running the deep backend services MILEs require isn't a scalable long-term solution for one company - especially given the level of interest they're attracting. He also believes now is the perfect time to scale this part of the business as quickly as possible.

Genvid Technologies will be a Unity-style company while Genvid Entertainment can position itself as the Epic of MILEs.

Thanks to this split, Genvid hopes to get the best of both worlds. Genvid Technologies will be a Unity-style company; focused on the building and licensing of the complex infrastructure such games require. Meanwhile, Genvid Entertainment can position itself as the "Epic of MILEs". Of course, this requires a building of new production and commercial teams, as well as the strong cash base required to work with many IP holders over multiple projects, hence the large VC raise.

It's no coincidence that as part of the announcement, Genvid hired former Netflix VP Cindy Holland, who kickstarted its original programming activity, to advise on content strategy and acquisition. It's also just added Nika Nour, previously at IDGA, as head of partnerships.

Hence one way of looking at what Genvid is doing is creating a streaming platform for new kinds of interactive entertainment, with MILEs being original shows that attract consumers and the tech backend available as a sort of white-label Netflix on which IP holders can build their own new revenue streams.

Indeed, despite the launch of Genvid Entertainment, Genvid Technologies will continue to work with its own set of clients as well as building out its stack. One element of this will be offering the platform as software-as-a-service, which will allow access to smaller studios that don't want to run their own server infrastructure.

Eventually, there will also be an API so larger media content companies can run Genvid-authored interactive streams directly into their existing mass-market platforms. Navok says this process will take years to build, but in the meantime, the company has just launched its first SDK.

All types of games

Of course, while this is all very interesting for those keen on business strategy, the point of launching Genvid Entertainment is about engaging with people who just want to play games. And this is the context for Project Raven. Developed by Genvid, it's part technology demo, part experiential teaser; something Navok also labels "nextgen placeholder content".

Created using Unreal Engine 5 (Genvid works with all engines of course), Raven is also much more like a traditional game in terms of graphical fidelity and play cadence. Navok explains that its horror theme is also demonstrative of some of the external IPs that Genvid is working with.

It highlights how far MILEs have advanced since Rival Peaks in terms of player interactivity, both in terms of how people 'play' the game as well as how they interact socially as larger groupings.

Roughly described, this is how MILEs make the most of single player and multiplayer features. Players interact with the game as a solo experience to earn points, which are combined within larger social groupings and then used in key moments during the game. And it's these events that provide the appointment mechanic that sees the entire player base logging in to experience cinema-style hour-long content.

In this way (whether or not it is eventually released), Project Raven sits alongside previously announced games using Genvid's technology - the most notable being Deadhaus Sonata, Denis Dyack's console-bound spiritual sequel to Legacy of Kain.

As with all good gaming technology, from Unreal to Unity and everything inbetween, it looks like all that's required is imagination.