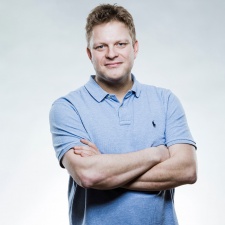 Forge of Empires and Elvenar developer InnoGames has published the salary bands of around 80 per cent of positions within the company in a bid to increase salary transparency in the German – and wider – games industry.

The salaries identified – gross salaries for employees within Germany across nine different career models – will be replicated in all InnoGames job listings and range from development, game design, and marketing among others.

The studio made the decision publically announce its salary bands in a bid to increase salary transparency, following the distribution of this data within the company. InnoGames COO Michael Zillmer stated: "Salary transparency is a matter of fairness – towards your employees and your applicants.

"That is why we have decided to share this information publicly, after initially making it available internally last year. I hope that this will motivate other games companies to join us and help us debunk the long-standing misconception that our industry pays people poorly.“

Dr. Andreas Lieb, Director of Human Resources at InnoGames, added: "The bottom line is that this is a ‘win-win-win’ situation. The company, our employees, and current and future applicants all stand to benefit from this disclosure. We appreciate that salaries can be a very delicate topic, and we are aware that the decision to publish our bands comes with a certain level of risk, but we firmly believe this is the right move for both InnoGames and the industry."

"In the management team, we’ve had some animated discussions. And rightly so"

PocketGamer.biz spoke with Zillmer on the decision bringing this data to the light, and the fiery conversations taken before publication, and the wider impact across the games industry.

PocketGamer.biz: Let’s start with the most important question: why? What is InnoGames hoping to achieve with the publication of salary bands?

Michael Zellner: The publication combines a good purpose with concrete benefits for InnoGames. The good purpose lies in greater fairness towards our employees and our applicants. Female applicants will especially benefit from our move because now they know they don't have to worry about pay gaps with us. We believe in equal pay for equal performance.

As for mentioned concrete benefits, these are primarily related to greater fairness. More satisfied applicants lead to more satisfied new employees. Any new hire that discovers they earns less than an equally qualified colleague will likely become disenfranchised, if not toxic.

We also expect the publication to make us much more visible and attractive, both for talented people within the games industry and outside of it. Unfortunately, our industry still has the reputation of not paying well – which is, of course, not true across the board. InnoGames' salaries, for instance, are actually in the top third of the German market according to Kienbaum International Consultants, which is where we get our data from.

We also expect to benefit from lower dropout rates in the application process. Traditionally in Germany, salary is only discussed at a late stage of the process. That was also the case with us for a long time. When both sides finally realise that the salary is too far apart, this leads to dropouts, which causes frustration for everyone involved. After all, a lot of time and effort has been invested in vain. Effective immediately, our salary bands will be clearly outlined in each job ad. Accordingly, we expect to see a reduction in dropout rates, with all the associated positive effects discussed.

What can you tell me of the internal discussions prior to this decision at InnoGames? Particularly, whether there was any determined movement within the company not to publish.

We must distinguish between the discussions in the management team, which at the time consisted of the CEO, COO, CPO, and CMO, and the feedback from our employees. We had already told the latter a year ago, when we published the salary bands internally, that we would be taking this step at some point. Recently, we informed them that the time has now come. Fortunately, there was no negative feedback in either case.

In the management team, on the other hand, we’ve had some animated discussions. And rightly so, because we considered doing something that no German games company had done before us. In the end, as usual, the best arguments prevailed and the entire management team now fully supports the decision. As does our parent company Modern Times Group, by the way.

The benefits of the publication do seem abundant. But what are the risks InnoGames is anticipating?

It seems likely that more recruiters will approach our employees with financial offers that are more closely tailored than before. However, this is of little concern to us because our employees are already being headhunted. That aside, any financial offer, no matter how closely tailored, will have to match or – more likely – exceed our very competitive salaries. However, other companies will also have to compete with our overall package. Salary is very important, but by no means everything.

For example, we offer trust-based working hours and a hybrid work model where employees can decide whether they want to come into the office or not. We are also very strongly positioned around personnel development thanks to our career models and the sophisticated training programs offered by our own InnoVersity. Furthermore, we have spent much effort on building a great company culture that is characterized by fair play, transparency, sustainability, and tolerance.

All of this comes on top of Germany’s employee-friendly labor laws and the fact that InnoGames is based in Hamburg – arguably one of the most livable cities in Europe.

You expect that publishing InnoGames’ salary bands will lead to a reduction in application dropout rates. How widespread a problem is this in the games industry?

Our knowledge about application dropout rates stems from our own experiences, from knowledge transfers between us and our sister companies, and from the ongoing informal exchanges between our HR teams and their counterparts at other games companies.

Based on this, we conclude that application dropouts are probably not a major problem in the games industry. That’s a bit beside the point, though. At the end of the day, if a company wants to be at the top of the game, it needs to optimize as many processes as possible. Late dropouts are particularly frustrating for all involved. For that reason alone, reducing them is always a good idea.

Similarly, staff turnover is a frequent occurrence in the games industry – both as projects complete but also in response to an anticipated economic downfall, as we’ve seen recently with Niantic, Unity, and Adjust and AppLovin. What can the games industry do to enhance job security?

I don't want to presume to give advice to the entire games industry on this. Every company is ultimately in an individual situation. But what I can say is this: fortunately, InnoGames has managed to avoid major waves of layoffs since our founding 15 years ago. In my opinion, our recipe for this success lies primarily in not wanting to grow too quickly.

What has also worked for us is to focus on the things we do well, and to keep improving our games, no matter how much effort it takes. To never lose sight of the needs of the players and the employees. And to build a corporate culture characterised by tolerance, transparency, sustainability, and fair play.

The information released accounts for roughly 80 per cent of InnoGames employees, and judging by the bands detailed, it doesn’t include InnoGames’ C-suite. Can you confirm which positions have not been included, and what led to the decision to omit these details?

The prerequisite for setting a salary band at InnoGames is that at least six employees share the same career model. Otherwise, effort and benefit are out of proportion. Also, if the group covered by a salary band becomes too small, the risk that individual salaries can be deduced becomes too high.

Accordingly, there are no salary bands yet for our employees in Finance or Public Relations, to give you a couple of examples. As for our C-suite: There are currently only five employees at that level. However, even if there were six right now, we wouldn’t have a separate salary band for them since they do not share the same career model.

Has InnoGames discussed its decision with other studios, and if so, what guidance did they provide?

We coordinated our move with our parent company MTG. There, however, they once again trusted our assessment. Each part of the Modern Times Group has a great deal of autonomy. We really appreciate that.

More importantly, this is something we also hope will encourage greater discussion and transparency across the entire industry. What widespread movement would InnoGames like to see from the industry?

Of course, we hope that our step will first trigger discussions. Ideally, these will then also lead to a change in behavior. In a perfect world, all games companies would publish their salary bands in the future. But I am not naïve. On the contrary, companies that pay unattractive salaries would not benefit from this move.

In this respect, I would be satisfied if the larger players joined the initiative. Above all, of course, those in Germany. While it's quite common in some countries to disclose salaries, Germany still has a long way to go in that respect. That’s unfortunate because the competition for talent has never been as tough as it is now. The games industry must become more attractive to keep up with other industries. We simply can't afford any prejudices about our salaries or concerns about pay gaps.