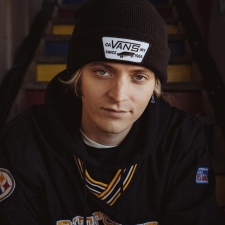 “‘Animal Rescue Island’ is an ocean animal-based rescue game where you and your friends can save animals, build your animal rescue center tycoons, and trade your adorable ocean pets. With a portion of our revenue going towards funding real-life animal care centers, your gameplay will have a positive impact on our real-world oceans.” Jacob explains. He continued, “ARI came to fruition by my community asking what they can do to help the ocean. ARI is the answer to that question. No matter where you live in the world you can play the game, and by doing so you are making a positive difference in the real world.”

Available to play across devices, Animal Rescue Island will allow players to build and upgrade their animal rescue centers while having the opportunity to hatch, trade, and upgrade ocean pets and rescue animals that wash up on tropical beaches. A portion of the revenue from premium Roblox players and in-game purchases will contribute to raising money for several smaller, underfunded animal rehab centers around the world including Marine Mammal Care Center LA and Hatfield Marine Science Center to name a few.

We asked Colvin about what inspired him to combine his two passions into one game.

PocketGamer.biz: Can you please introduce yourself and your background?

How did you find your niche as a content creator?

I sort of just stumbled upon my niche as an ocean content creator by going for walks on the beach and sharing interesting sea creatures on my TikTok. I had no expectations of getting big on social media as an ocean creator but I noticed that people enjoyed my ocean animal videos and I really enjoyed making them, so growth just followed simply by sharing the experiences that I was literally stumbling upon while on beach walks.

You’ve made it your mission to preserve the world’s natural resources. How has your work helped you achieve this goal?

My mission is to preserve the ocean, and maintain a thriving ecosystem so that the ocean can continue to be a healthy & long-lasting resource for the planet. My work as a content creator has helped me raise awareness about invasive species, pollution, and sustainable fishing practices. We’ve built a community of over 18 Million people across platforms. This community is called “The Ocean Army” and each individual is referred to as a “Sea Creature”.

How did the collaboration with Roblox come about?

I’ve always been a fan of the Roblox platform and love how it can be played across nearly every device & console. Therefore, when I was looking for a platform to build “Animal Rescue Island” on, Roblox stood out. Roblox allows players from all over the world to play on almost any medium and has a great revenue system through in-game purchases which helps in our mission to give back (Donations) to small, underfunded animal rehabilitation centers around the world; such as Marine Mammal Care Center LA and Oregon’s Hatfield Marine Science Center.

What obstacles have you faced bringing this game to market, and how has it matched up to your expectations so far?

The challenges that my team and I faced in bringing this game to the market were mostly in development. It took us a long time to find the right team of builders, scripters, and investors to get the development started. The first couple of development teams we hired fell through and the project had to be re-started. Luckily we teamed up with the Developer Wrathsong who has made the building of this game and the idea come to fruition. It’s been challenging but it’s also been a fun learning curve in video game development.

What plans do you have to continue your work in the mobile and metaverse spaces in the future?

Our goal is to always be updating, improving, and adapting to what’s trending in the gaming world. We strive to think outside of the box and even hope to one day bring our own trends to the gaming industry!