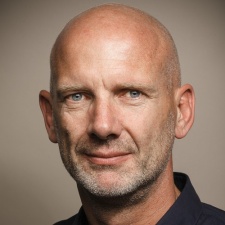 Prior to moving into his new role, Post was the president of international partners at Miniclip's parent company Tencent for two and a half years.

Before this even, Post spent more than a decade at Sega, beginning as managing director at Sega Europe. He then made his way to senior vice president of EMEA and COO of Sega Europe before leaving in 2017.

Former Miniclip founder and CEO Rob Small will move into a new role as president of Miniclip's board, where he will "provide support and guidance" to the firm and management team.

"I am delighted to take the helm from Rob and looking forward to progressing Miniclip's purpose of 'unleashing the gamer in everyone' by working with Miniclip's hugely talented management team and employees around the world," said Post.

Small added: "To say that we are excited about having Tencent as a majority investor in Miniclip would be an understatement."

"This will empower us to do even more of what we do best, which is making great games. The Miniclip brand has been synonymous with fun, high quality games for more than a decade. Our brand strength, coupled with a huge organic audience, has really helped us to accelerate our growth by generating more than half a billion organic mobile downloads."

It was recently reported that Miniclip has purchased free-to-play mobile developer Ilyon Games for $100 million.

In job news, Sega Europe’s John Clark has joined Tencent Europe as its vice-president of publishing.