"We’ve always had our sights set on console too" 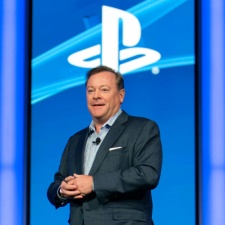 Tretton will help the company to make the adjustment to publishing games for the next-generation. Last month, Rogue Games revealed it had raised $2 million to expand into console titles.

"Every 5-7 years the console games industry is fueled by fresh innovation and new technology that will power the next generation of interactive game experiences," said Tretton."Traditionally the console platforms have been dominated by large publishers like Activision or EA. However, Rogue has repeatedly proven to me how impactful a smaller and more nimble publisher can be as a leader on new platforms and games services."

Rogue Games has already seen success in the mobile market - several of its games, such as Super Impossible Road, Sociable Soccer, and Hexaflip: The Action Puzzler, can be found in premium subscription services such as Apple Arcade and Google Play Pass.

"We've had great success bringing innovative games to the mobile and PC markets in partnership with some of the best developers in the world," said Rogue Games CEO and co-founder Matt Casamassina.

"But we've always had our sights set on console too, and we’re excited about the announcements we’ll be making in this space in the months to come."

Casamassina became the CEO of Rogue Games earlier this month. Previously, he was the chief strategy officer.

"On the one hand, moving into the next generation of consoles, the games will be expected to become richer, more complex, and more interactive than ever before," said Chris Archer, Chief Strategy Officer at Rogue Games.

"That alone isn’t enough. Players will be even more on the lookout for something new, fresh, and different – just the type of games we have in the pipeline. We're really excited about our slate of titles built by passionate developers and can't wait to launch these games on current and next-gen consoles later this year with the guidance and support of visionaries like Jack."

Get free insider tips on the future of mobile game monetisation