"I am thrilled to join this talented team" 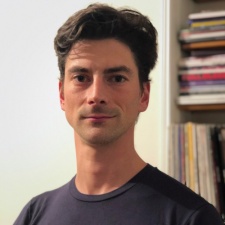 Berlin-based mobile games firm Kolibri Games has hired Paul Le Bas to be its new vice president of marketing, as announced on LinkedIn.

Previously, Le Bas worked for Webedia. He joined the French firm as the revenue manager for apps and games in February 2017.

However, he soon became the head of user acquisition and monetisation for apps and games before finally becoming the publishing director for the department.

"Kolibri Games is one of the leaders in the idle game space with more than 130 million downloads and has tremendous ambitions for the following years," said Le Bas.

"I am thrilled to join this talented team, part of the Ubisoft family, and start working with the brilliant founders, Janosch Sadowski, Daniel Stammler and Oliver Löffler."

Earlier this year, the German company expanded as it opened a new studio based in Bucharest, Romania. Its expansion occurred after Kolibri Games was acquired by French games Giant Ubisoft.