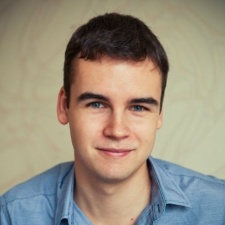 "I'm not going to talk about [Drag Racing's  success], or how we made it, because you don't care, because right now, we're in a completely different market," began Creative Mobile's Vladimir Funtikov, speaking about the ever changing mobile market at Pocket Gamer Connects Helsinki 2014.

According to Funtikov, what might have brought you success years, and even months ago, probably wont cut it any more.

After all, the mobile marketplace waits for no one, and unless you want your game to become a piece of driftwood lost in an endless, oversaturated, mobile ocean, you must to act fast and build a brand.

Market saturation is undeniably a problem, but cloning is also becoming an unavoidable issue, largely because those who feed off other people's ideas have no shame.

"The success stories from three years ago do not necessarily hold any weight anymore, instead, I want to talk about what happened next, because instead of living the dream, we faced three challenging years," explained Funtikov.

"The moment you create something good, something successful, it becomes visible, and when it's visible, someone else will try and reproduce it.

"A kid in China can try to copy it, or an international corporation with lots of funding and a big name can try and copy it. Nobody is ashamed of doing it."

Unfortunately, if you're aiming high - and let's face it, who isn't? - you're going to become the victim of identity theft sooner or later. As soon as you become successful, you become a target, which is why you need to batten down the hatches and secure your brand before it's sucked dry.

"After we launched the game on Google Play we went for about a year earning around $500,000 a month, and nobody took any notice. Then we launched on the App Store, and people took notice."

"That's why its important to understand that, when a game takes off, even if it takes off spectacularly, all you have is your name, some momentum, and hopefully some cash.

"You do not have a brand yet, because you have to work consciously towards building a brand, and if you don't work hard enough, the chances are you'll be gone pretty soon, because someone else will be working really hard to take your place."