Grab one and enjoy the festivities 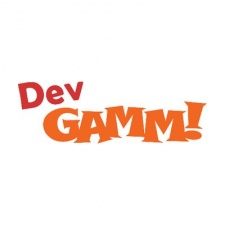 DevGAMM Minsk 2017 is taking place on November 16th and 17th and there's still time to get your ticket.

Other speakers include Sylvain Cunzi, Technical Director of Engineering at Next Games, Alexey Chubar, Technical Project Lead at BIT.GAMES, and Aleksey Rehlov, External Producer at Creative Mobile. Several members of Pixonic will also be giving talks on a range of talks.

Alongside the talks, DevGAMM Minsk will feature a Game Lynch where experts are given five minutes to verbally destroy a game live on stage. There will also be Speed Game Dating for publishers and developers, and an expo area to showcase a range of games.

There will also be a DevGAMM awards ceremony, complete with $50,000 prize, and the usual array of parties to attend.

DevGAMM Minsk 2017 will be taking place at the Marriott Minsk Hotel + Falcon Club on November 16th and 17th. Tickets are still available from the DevGAMM website.