Partnering with i(x) investments and Quake Capital to establish program 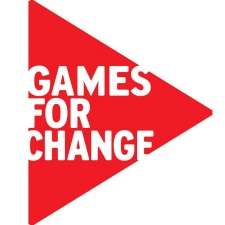 Susanna Pollack is the President of Games for Change, the leading global advocate for the power of games and immersive media as drivers of social impact. In her role there, she produces the annual Games for Change Festival, the largest industry-facing gaming event in New York, dubbed by national media as “the Sundance of video games.” The event attracts industry leaders across game design, emerging technology, media, foundations, government agencies, academia and brands.

In 2017, Susanna launched XR for Change to focus on building a community of practice around how immersive technologies are offering radical new ways to improve lives.

With a commitment to learning and education, Susanna also developed a portfolio of programs that advance the use of games and immersive media in learning. She launched the G4C Student Challenge with the NYC Department of Education in 2015 which now a national program that reaches 10,000 students annually. The program has attracted world class partners including the New York Times, NYC Mayors Office, ACLU, General Motors, Truth Initiative, National Geographic to offer a games design challenge to underserved middle and high school students across the country. For Verizon, she led the development of an XR Hackathon program that is currently being rolled out to 20 Verizon Innovation Schools over the next 2 years.

Prior to Games for Change Susanna worked across both the commercial and public sector. Over a 14 year period, Susanna held various senior level positions at BBC Worldwide Americas, including SVP of the US television distribution division where she led a team of 20 to raise $50m annually from coproduction and sales of BBC’s award winning documentaries and scripted content. She was also SVP of BBC Worldwide’s Children’s where she led the strategy of all youth related initiatives in the US including channel and IP development.

Non-profit organisation Games for Change has partnered with i(x) investments and Quake Capital to launch an accelerator program for the games and XR Industry.

The program promises to provide capital investment, resources, mentorship, partnerships, and more to developer classes. As part of this, the initiative will bring two classes per year to Quake’s New York offices over a five-month period to support and fund their project.

Quake is a seed and early-stage venture capital fund contributor, while i(x) is a social impact investment firm.

“Over the past 15 years, Games for Change has helped develop a community of practice around the belief that games can be a driver of social impact,” said Games for Change president Susanna Pollack.

“Through our partnership with i(x) and Quake, we are thrilled to finally be able to play a role
advancing the sector into a sustainable industry.

“In addition to offering funding, we’re connecting teams with the right partners and experts, as well as giving them significant network resources to reach their goals and change the world. We are excited to explore industries like healthcare and education where we have already seen the tremendous impact games and XR can have.”