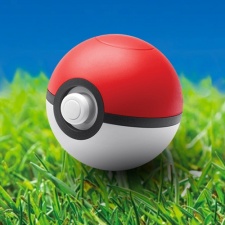 Partnering with games-for-good organisation Playmob and 15 Non-governmental organisations, the initiative will see a host of cleanup events take place around the world aimed at protecting the planet by combating ocean pollution, damaged ecosystems and unhealthy environments.

If 2,000 people attend such an event, then ground-type pokemon will become more common in Pokemon Go, while the increased probability of obtaining heatsinks, multihacks, shields and power cubes will become present in Ingress.

There are further incentives ranging up to the 7,000 people mark, which will double the AP fielding for Ingress as well as give trainers the chance to catch a shiny Diglett in Pokemon Go.

Taking place in April, players can sign up here to participate. Furthermore, anyone can nominate a non-profit organisation in their area to join the program.

Outside of its support for Earth Day, Niantic recently gave players a first look at its next augmented reality title, Harry Potter: Wizards Unite, another location-based game that could be used in future for such initiatives.