March 22nd was the biggest week for mobile gaming for downloads 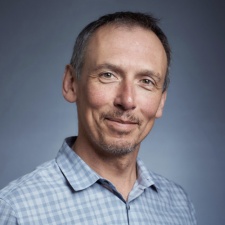 Since the coronavirus hit the world back in January, the world of mobile has seen a change in its trends according to App Annie.

In 2019, consumers downloaded 204 billion mobile apps across both iOS and Android, with consumer spending hitting $120 billion.

"It's really been very difficult and continues to be for most companies," said Barnes.

The start to 2020 was rocky, however since the COVID-19 outbreak, internet searches for the best mobile game have doubled due to people entering lockdown.

March saw a 25 per cent increase year-on-year for downloads. Furthermore, March 22nd was the biggest week for mobile gaming in terms of installs – 1.2 billion.

"A lot of the games that are being downloaded are hyper-casual," said Barnes.

In China – where the coronavirus originated – game downloads rose by 25 per cent in February compared to January. However, by the end of March, it was returning the average number of downloads dropped.

On top of this, time spent on games spiked in China in February with a slight drop in March, though it was still higher than January.

Meanwhile, Italy downloads spiked with a 60 per cent increase from January's average in the week ending March 22nd.

For both France and the UK, the spike in installs hit upon the enforcement of lockdowns. The former entered lockdown on March 16th with an increase of 55 per cent in installs from January.

The latter saw its spike hit in the week ending March 22nd – an increase of 50 per cent.

Barnes claimed the increase in downloads "is being significantly driven by new players."

Pokemon Go and Candy Crush Saga have proven to be popular choices. Meanwhile, in Germany, Roblox has seen a surge in popularity as has Brawl Stars in France with 50 per week on week increase.